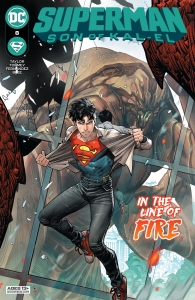 Superman: Son of Kal-El #8: Henry Bendix’s plans for ultimate control threaten every superhero on Earth. And, in trying to stand against the dictator of Gamorra, Superman makes himself a target of business and world leaders. He is seen by too many as a force that must be stopped. How much can even a Man of Steel stand against before he bends?

Superman: Son of Kal-El #8 continues Jon’s encounter with the Bendix’s Gamorra Corps as well as a giant sea monster. Considering that the leviathan originates from the depths of the ocean, it’s only fitting that the new Aquaman, Jackson Hyde guest-stars. There is also a brief appearance by the original Aquaman as well.

Right from the first page, Jon’s compassion is on display as he carries the body of one of his enemies killed in the fight against the sea creature. And his compassion isn’t for his human foes, but for the sea creature itself. When Bendix’s super-team attacks it, Jon places himself between them and the monster. And despite saving hundreds of Metropolis citizens from a tsunami, Jon shows visible regret for those he failed to save.

Bendix is not above using Jon’s compassion as a weapon against him. In the wake of the incident, the villain’s operatives blame him for the disaster. And Bendix doubles down on this, telling a large audience, “Superman’s actions led to death and millions of dollars of damage in Metropolis. The son of an alien with the powers of a god chose to protect a monster over humanity”. 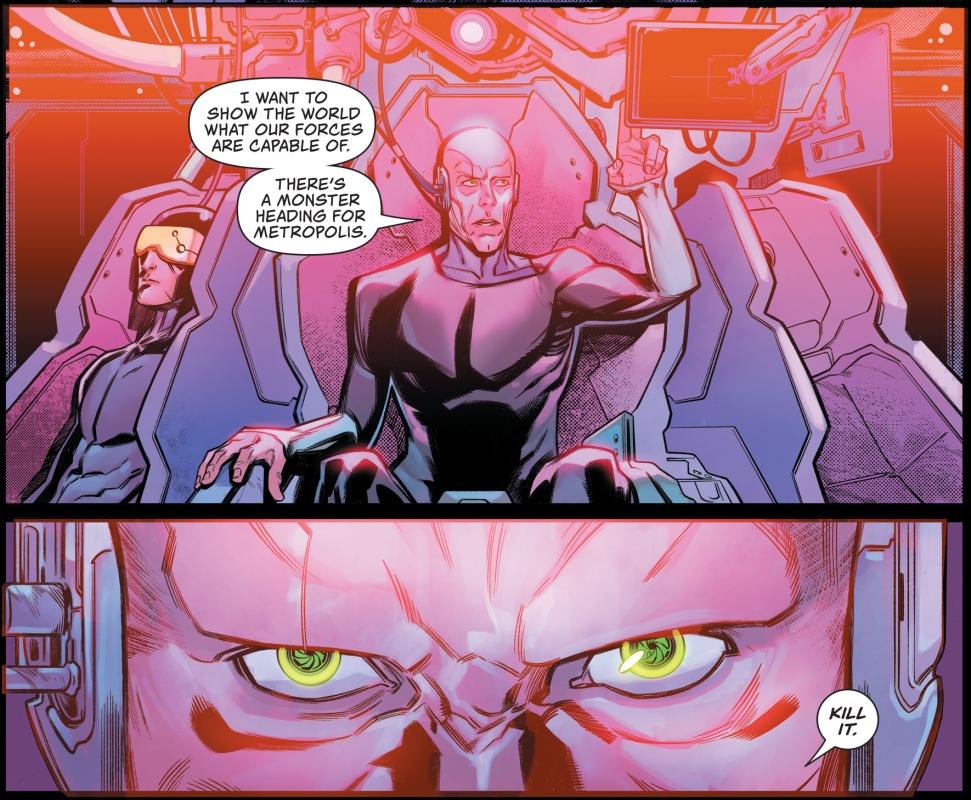 It appears that Bendix is attempting to turn public opinion against Jon. Luckily, his boyfriend Jay Nakamura and his news outlet The Truth are taking Jon’s side. And with Jon accepting Jay’s job offer, Jon is well positioned to fight back against Bendix’s attacks on his reputation.

I think it’s a great idea for Jon to follow in his parents’ footsteps as a reporter. He gets his powers and his compassion from his father. But he gets a lot of his sense of justice from his mother, who is a crusader for social justice. And I like that he’s going to be working anonymously somewhere other than the Daily Planet. That way, his reporting will stand on its own merits rather than being measured up against his parents’ work.

The artwork of Cian Tormey and Raul Fernadez does a great job of conveying the incredible sense of scale a story like this requires. It takes skill to convincingly render a giant sea monster, a tsunami, and a flooded city. And they also manage to perfectly capture the range of emotions that Jon is put through in this issue.

Again, I have no complaints about Superman: Son of Kal-El #8. Tom Taylor has yet to produce a disappointing issue of this series. 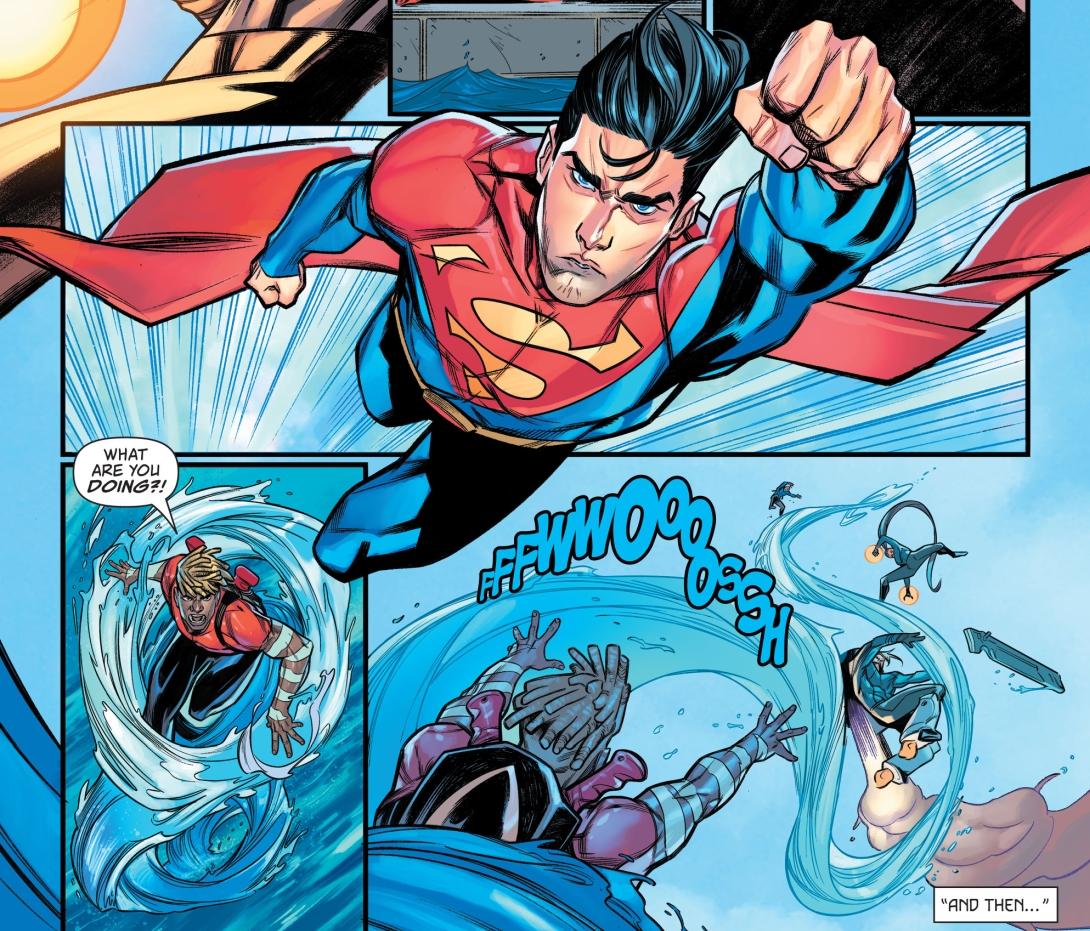 I still have mixed feelings about the premise that this series is built on. However, Tom Taylor has taken that premise and run with it, producing some great stories. The character of Jon Kent has been horribly mishandled since  Peter J. Tomasi’s Superman run, but Taylor is giving Jon the respect he deserves.

Arkham Asylum series to spin off from The Batman