There has been some discussion about whether or not Tom King’s Black Label miniseries like Mister Miracle, Strange Adventures, and The Human Target are canon to DCU continuity or not. When asked, King described these series as “continuity adjacent”. That is, the stories are written in line with previously established continuity, but he leaves it to future writers to either ignore the events of these series or incorporate them into the official history of the DCU.

However, after reading The Human Target #6, I am almost certain that this particular series will be deemed non-canonical. This is because of the shocking occurrence of Ice and Christopher Chance killing Guy Gardner. Of course, Guy was kind of asking for it by being his usual belligerent self. But Guy’s death in itself isn’t the main problem. After all, DC characters die and come back all the time. It’s not even that the hero of this series killed him. Christopher Chance doesn’t have any compunctions about killing. And Guy did provoke him.

The problem is the role Ice plays in his death and her reaction afterward. Ice is shown to be very cold (no pun intended) about it. This flies in the face of her characterization throughout most of the character’s history. Now, this isn’t a bad thing, as it works within the story King is telling. But it’s inconsistent with her previous depiction. And I doubt this version of Ice will become the official version of the character.  However, I do believe that this version is capable of attempting the murder of Luthor and seducing her unintended victim to cover it up.

Whether canon or not, the manner of Guy’s death is truly poetically apt. After Ice freezes him solid, Chance punches him in the face, shattering him to pieces. That’s right, Guy Gardner died from one punch! One punch! Bwah-ha-ha-ha! This is absolutely priceless. If Guy was to be taken out, then this is the most appropriate way for it to happen. 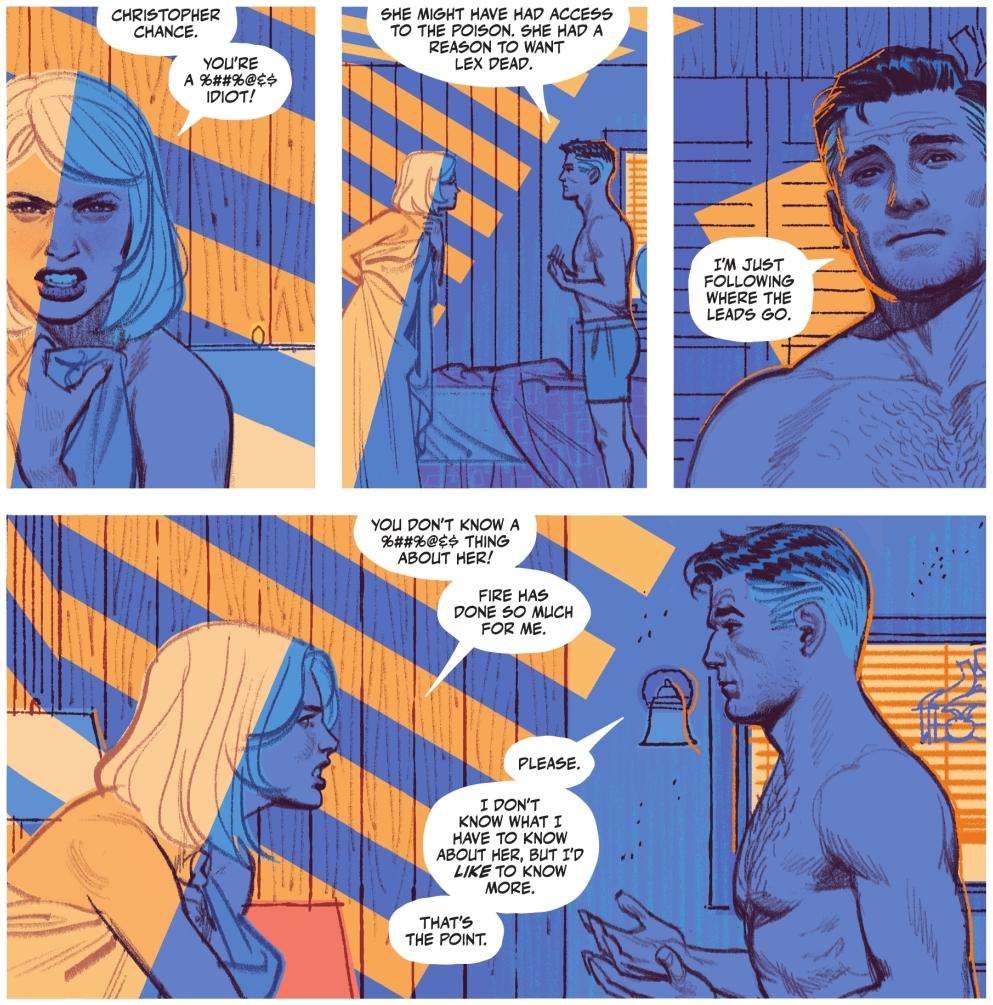 Oddly enough, Guy wasn’t the JLI member that I expected Chance and Ice to encounter this issue. After their dinner with Martian Manhunter last issue, the investigation would lead to Fire next. But that doesn’t go down well with Tora, causing her and Chance to fall out. However, before long she is back with him. But is this because she is irresistibly drawn to him? Or did she realize that she can’t manipulate his investigation if she isn’t with him?

Chance ended up not having his face-to-face with Fire in The Human Target #6, but the ending makes it clear that they will be meeting in #7. Instead of having to seek her out, he finds Fire waiting for him in his office. What is interesting is that she tells greets him by saying, “It’s been a long time”. This implies that these two have a previous history. And going from his reaction, “I am a #%@%&& idiot”, Chance is only realizing this now.

This would seem to indicate that their previous acquaintance happened before Fire’s superheroine days. Beatriz Da Costa was formerly a secret agent for the Brazilian government before becoming Fire. So, I suspect there is an interesting story waiting to be told here.

I continue to be impressed by the fantastic art and colors of Greg Smallwood. I hope DC makes regular use of his talent on future projects. His bright and vibrant style is perfectly suited to a story featuring the Justice League International. And this would easily translate to explorations of other eras of DC’s history. I will definitely be keeping an eye out for other projects he works on.

I have no problems with the issue itself, but I do have to express a bit of disappointment at the recent announcement that The Human Target is going on hiatus for the summer, with #7 not appearing until this September. I suspect that this is to allow Smallwood extra time to prepare the artwork for the second half of the series. Given how great the art has been so far, I fully support giving him as much time as necessary if that’s what’s necessary to keep up this superb level of quality. 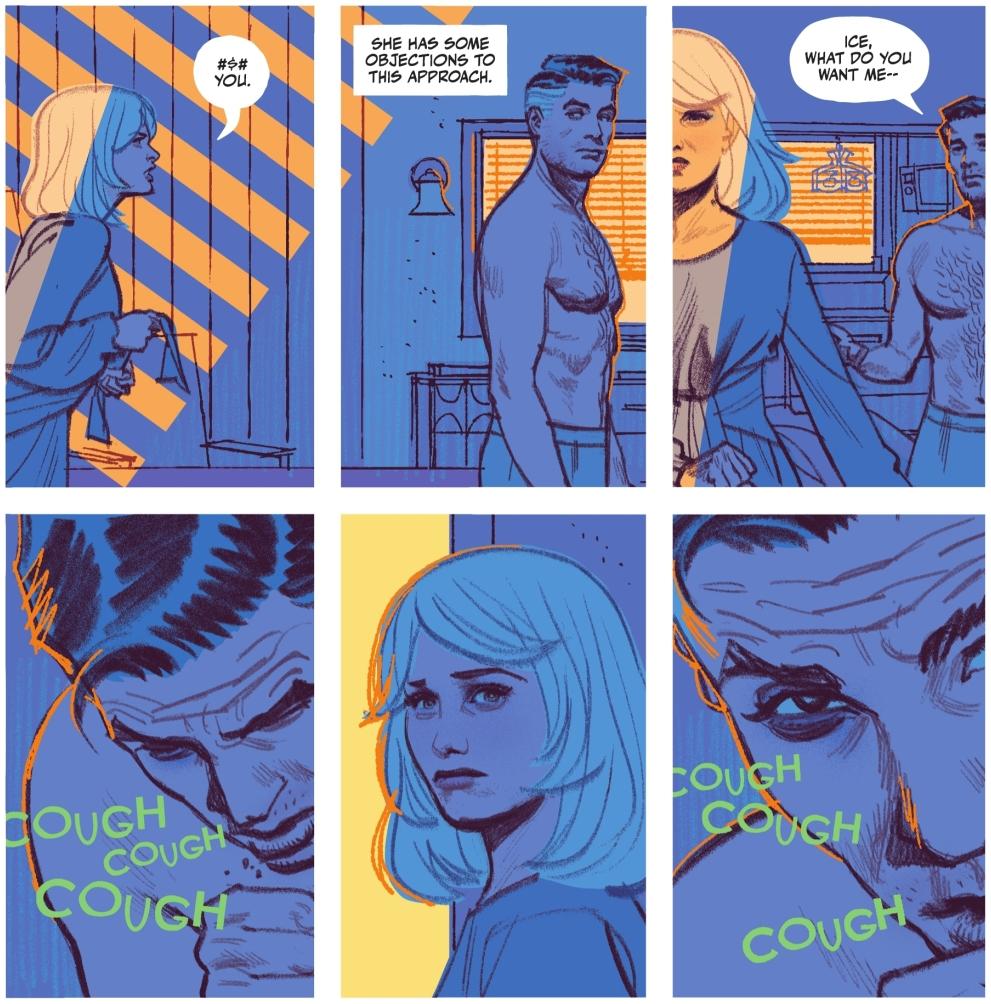 The shocking events of The Human Target #6 make it clear that Tom King’s series is outside of the official continuity – or that it should be. However, that doesn’t prevent it from being a damn good story. It’s going to be a long summer, waiting for the series to resume, but I have high expectations that it will be worth the wait.