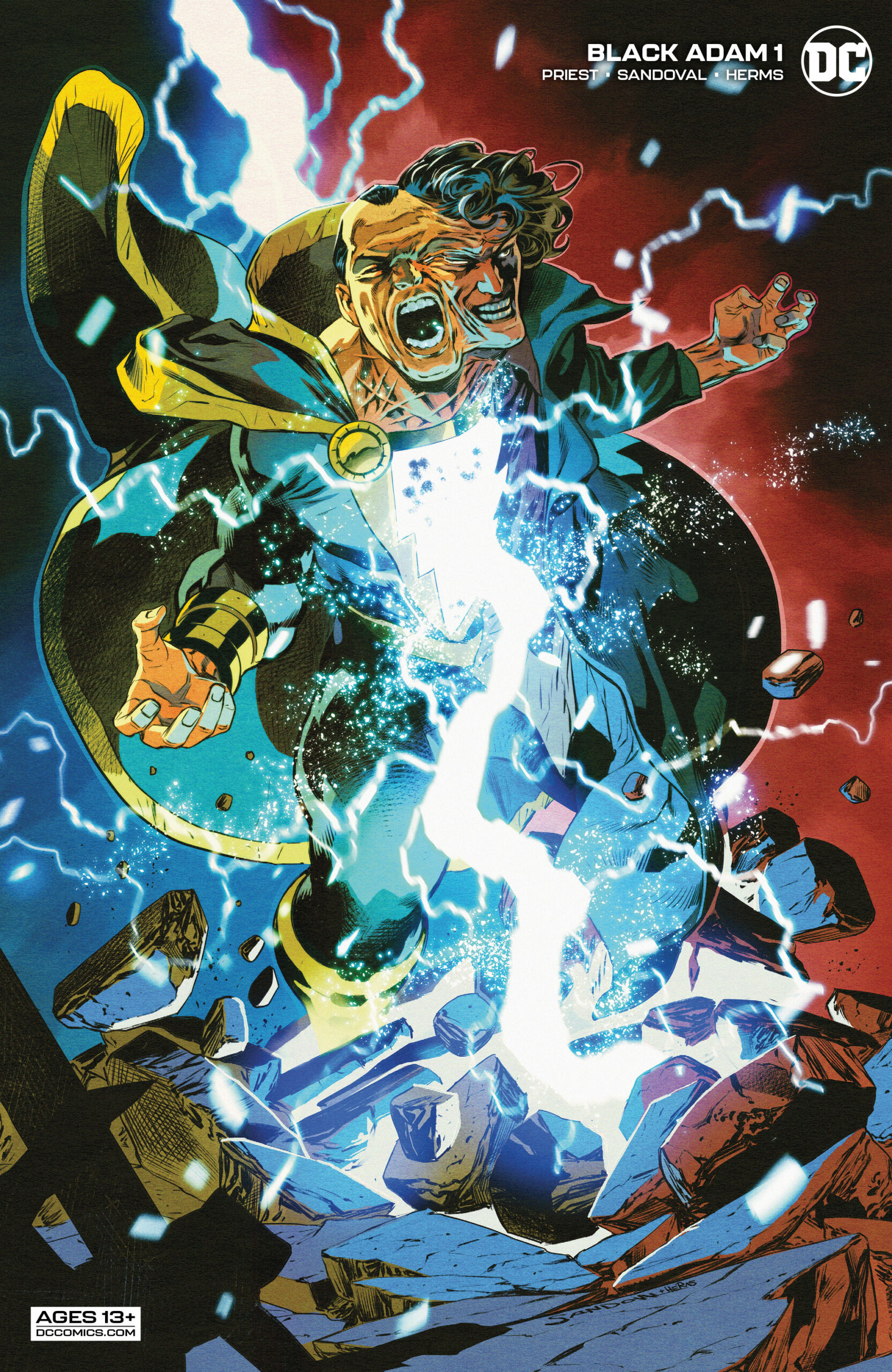 Black Adam #1 delvers a character who has clearly had better days. After duking it out with what may or may not have been a fake version of Darkseid, the leader of Kahndaq now has a rotting arm, but a trifling matter such as necrotic flesh won’t keep him from his duties as head of state. So, what does the superpowered dictator do? He wraps up his stinky appendage in gauze and promptly attends a meeting with the US Government in Washington DC. However, things go pear-shaped when a Kahndaqi political rival is found murdered, and everyone assumes that Adam’s responsible for his death. 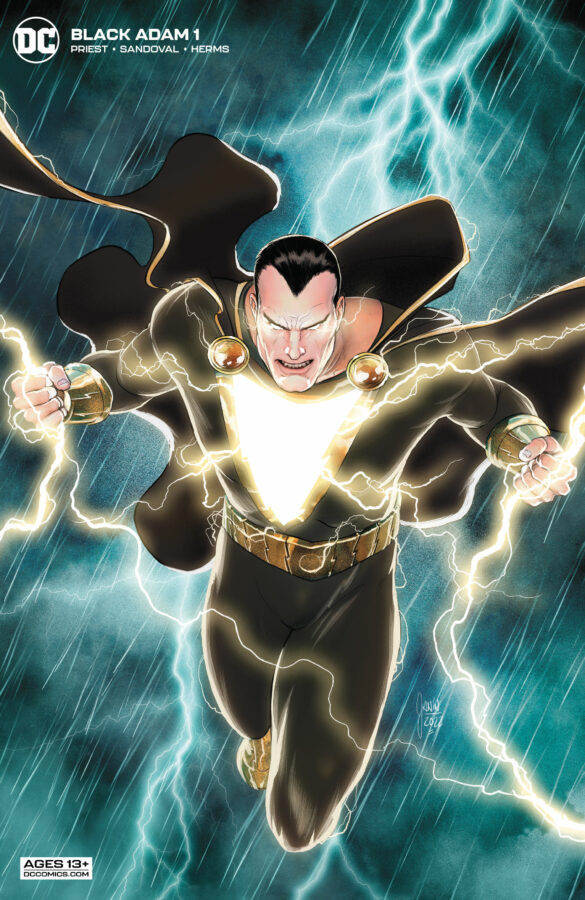 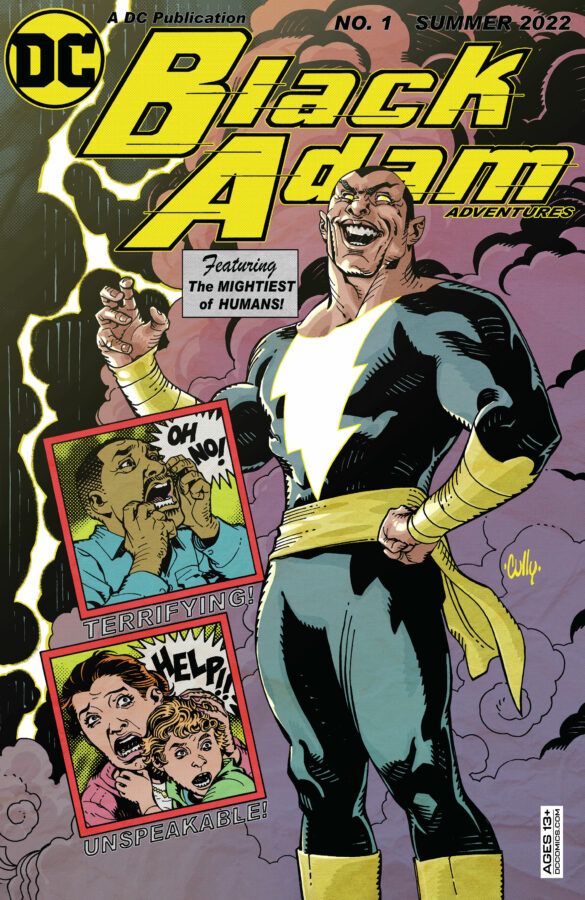 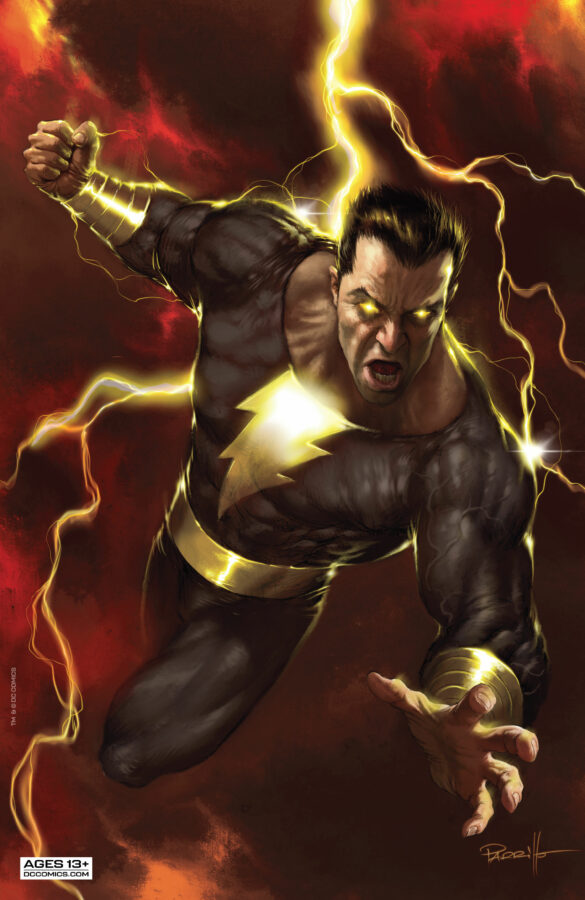 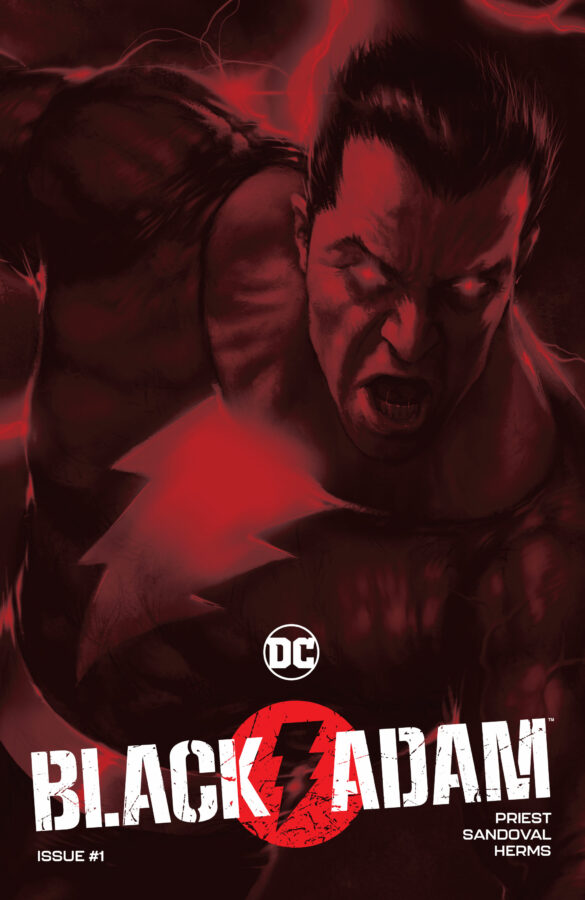 This issue gives readers a very serious treatment of the character. Since DC acquired the Marvel Family and incorporated them into the DCU, they’ve undergone many different incarnations and treatments. The early DC issues kept the whimsical tone of the original Fawcett run; however, the Marvel Family has changed with the times.

In this first issue, Christopher Priest walks a tightrope. On one hand, the writer leans into the political nature of the titular character, thereby grounding the character in geopolitics. On the other, he embraces Black Adam’s grandiose nature by featuring a space battle with one of DC’s most powerful cosmic villains. As one-part political thriller and one-part superhero/villain story, Priest’s narrative execution is as impressive as it is entertaining.

It’s also worth noting that Rafa Sandoval’s art is fantastic. He oscillates between a bombastic fight scene between two DC powerhouse characters and a mundane senate meeting with absolute grace. In short, Black Adam #1’s art is just as good as its impressive script.

While I personally enjoy Christopher Priest’s writing, I’ll be the first to admit that he’s a bit of an acquired taste. His work tends to be dense and nuanced. He’s also not the most accessible of writers, as reading Priest requires focus and attention to detail. He brings an intelligence and set of political values that some readers might struggle to digest. He’s not scared to go “there”, and he’s willing to write for an educated audience. Therefore, some may struggle or dislike Priest’s obliqueness, as this issue has all the hallmarks of Priest’s style. 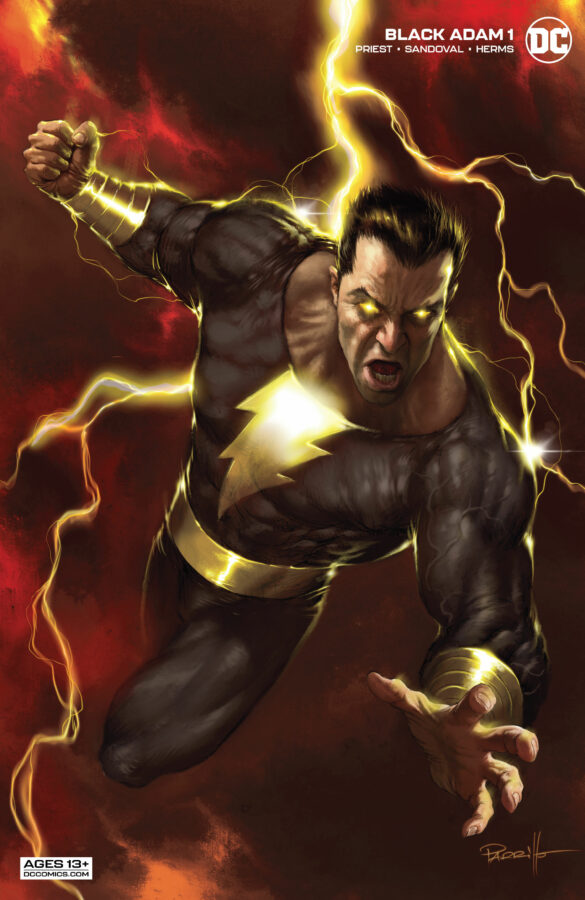 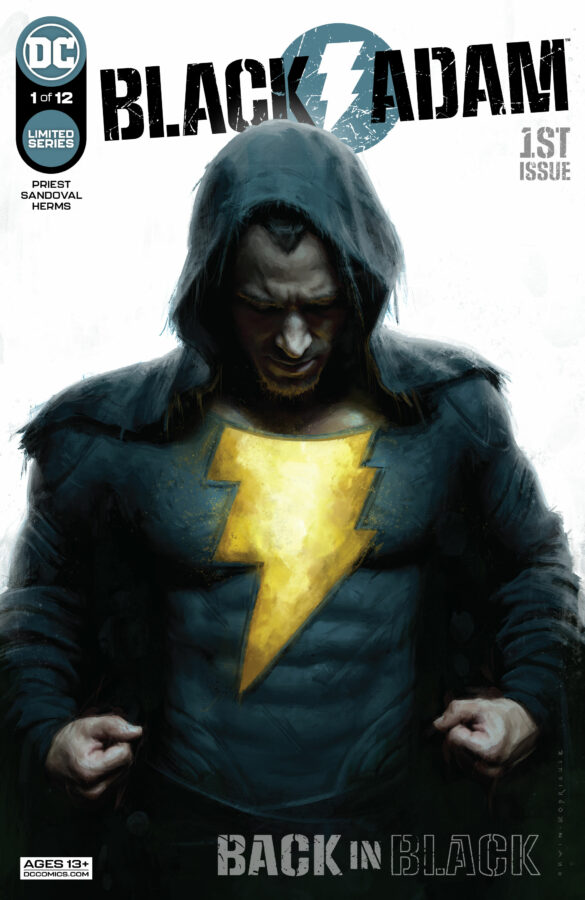 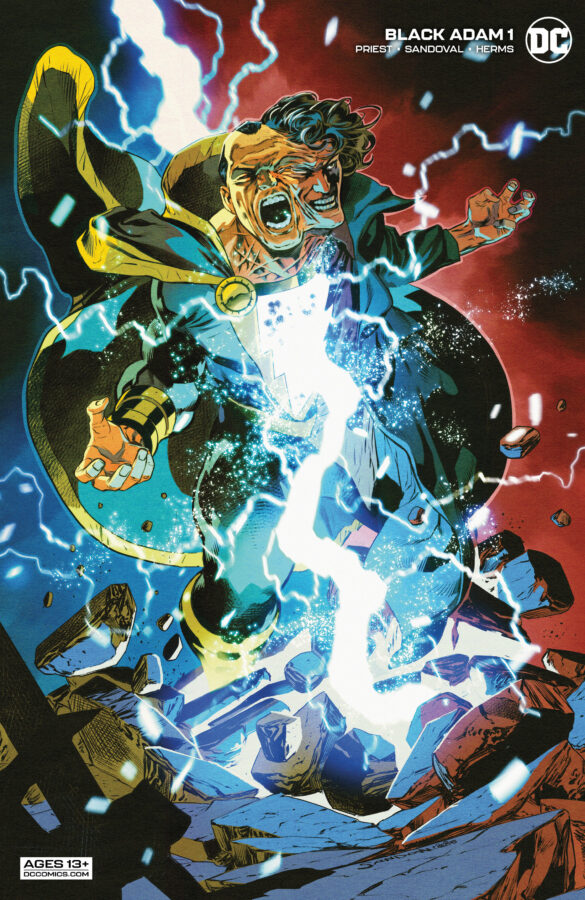 On a separate note, it’s worth mentioning that this version of Black Adam feels somewhat different from the version we’ve seen in Bendis’ recent Justice League run. This version of the character feels less heroic or antiheroic and more flat-out villainous. For those who are continuity buffs, this series may feel out of place after recent depictions of the character.

Black Adam #1 is an excellent first issue, as it establishes not only the character’s place with the DCU but also a conflict that’s fascinating. It’s obvious that Priest has a plan for this series and that Sandoval’s art jives with Priest’s vision. This premiere issue delivers a complicated picture of a complicated character with a cliffhanger that will likely leave readers wanting more.