Fables Gets Director for Big Screen

Though Fables has had a tumultuous history trying to get a film adaptation made of the seminal comic title, it seems that the creators have found a director.

Nikolaj Arcel, who directed the well-received Danish film A Royal Affair, is attached to direct the fantasy adaptation, which will be written by Jeremy Slater. David Heyman and Jeffrey Clifford of Heyday Films, the shingle behind the Harry Potter movies, are on board to produce.

Warner Brothers tried to get a movie developed with the Jim Henson Company in 2002, but it fell through in the writing stage. Later, Fables was supposed to be an ABC television series but the project didn’t stick. Though it is too early to speculate it seems as though Fables is in good hands.

Tags:david heymanfablesfables movieheydey filmsjeffrey cliffordnikolaj arcel
share on: FacebookTwitter Tumblr
previous article
Choose Your Own Adventure with DC2
next article
Man of Steel Scenes Will Not Be Cut 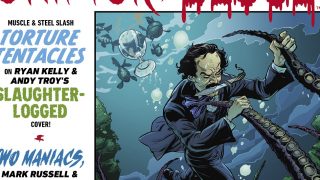 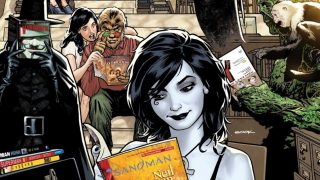