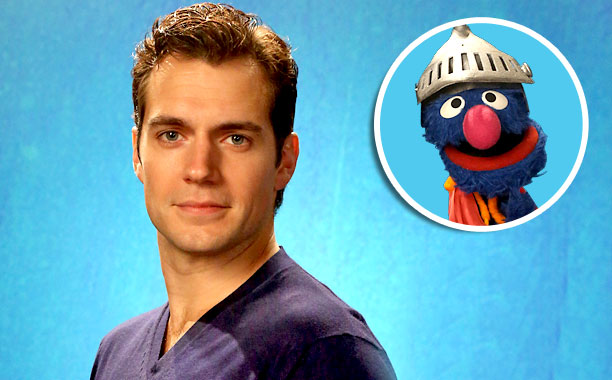 The citizens of Metropolis in the 2013 film Man of Steel might be surprised by Henry Cavill’s new-found respect for preserving buildings. The British actor took a break from the cape (and American accent) to appear in the 44th season premiere episode of Sesame Street. In the clip below, Cavill convinces the big bad wolf not to blow the little piggys’ houses down and to instead treat others with respect.

While on set, Cavill was reported to have been laughing with crew and enjoying the experience. He also took a moment to praise their work. “Can I just say, you guys are incredible…it’s really remarkable to watch you guys work. I have enormous respect for what you guys do,” said Cavill.

What do you think of Cavill’s latest performance?