Tonight is Superheroes’ night! PBS recently announced that October 15, 2013 is Superheroes’ Night in honor of the release of their documentary Superheroes: A Never-Ending Battle. The groundbreaking film will air at 8:00 ET tonight on PBS and will run for a total of three hours as it focuses on the many facets of the superhero genre. The film will take a close look at how superheroes came to be and how they evolved into the influential characters and icons that they are today.

Directed by Emmy Award-winner Michael Kantor, the film will feature comic book legends such as Stan Lee, Geoff Johns, and Jerry Robinson, as well as TV legends Adam West and Lynda Carter. Superheroes: A Never-Ending Battle, written by Kantor and Laurence Maslon, is a three-hour epic film that will examine the superhero genre like never before. Liev Schreiber, star of X-Men Origins: Wolverine, will narrate the film. This awesome chronicle of superheroes will not only make its television premiere tonight, but will also be released on DVD and Blu-Ray tonight with suggested retail prices of $24.99 and $29.99 respectively. Be sure to check out this incredible look at 75 years of comic book history! 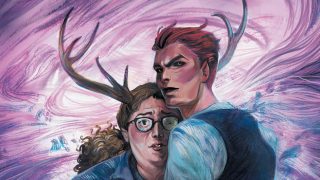 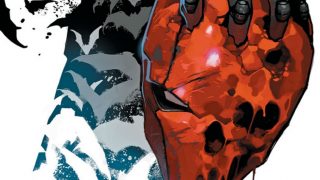