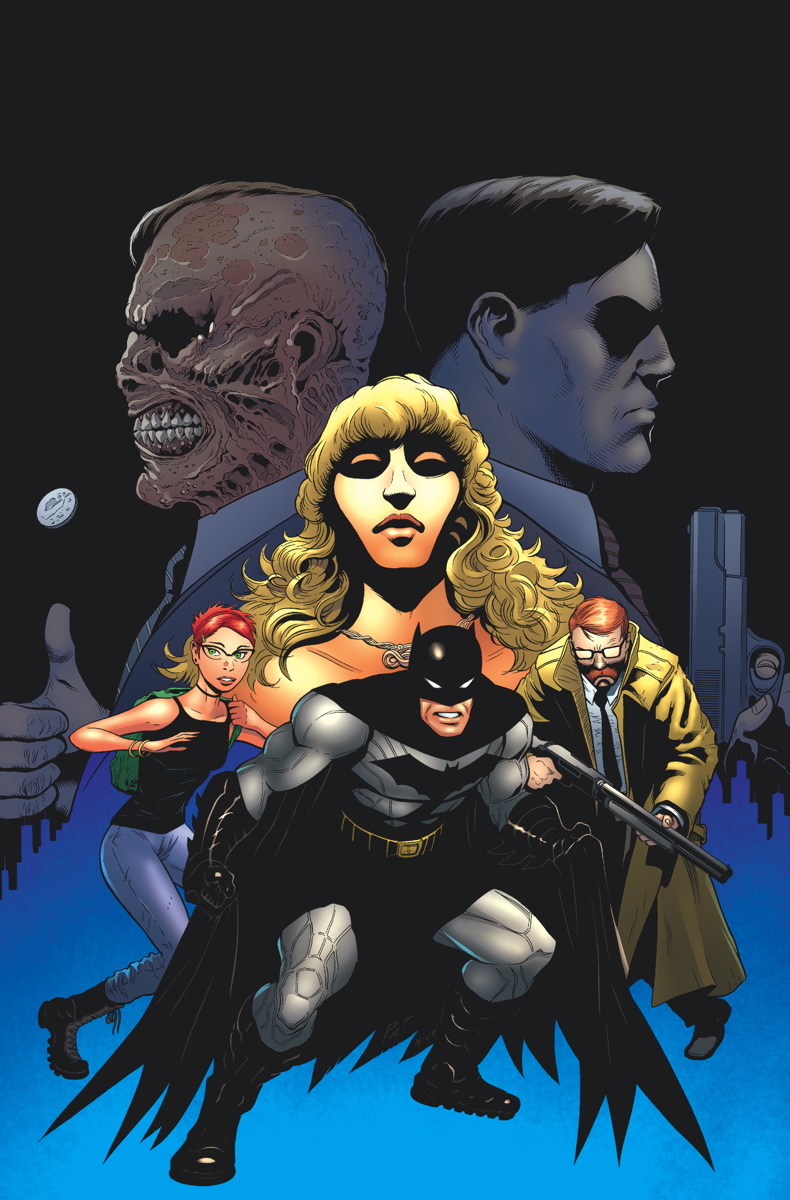 Batman & Two Face #24 really isn’t all that much about Batman or Two Face. The issue focuses on the head of the Irish mob in Gotham, Ms. Erin McKillen. McKillen is the source of Two-Face’s metamorphosis in the New 52, where she kidnaps attorney Harvey Dent, kills his wife, and pours acid on his face to torture him for trying to bring her to justice.  This issue revolves around Batman, Gordon, and Two-Face reacting to McKillen coming back to Gotham after a stint in Ireland.

In Patrick Gleason’s art, McKillen really has movement and character. Two-Face’s visage is just horrifying enough. And Batman has a very supernatural quality to him. With a stylistic flair, Gleason’s work shines.

Batman & Two-Face #24 contains a flashback that illuminates the disfiguration of Harvey Dent which, while a little abrupt, shows the ruthlessness of McKillen while also characterizing Dent. We don’t get to see his psychological transformation into the villain known as Two-Face, but this story certainly starts Dent down that path.

The story is told from the point of view of McKillen, which allows for Tomasi to make Batman seem like some sort of supernatural force. After many issues of Bruce grieving for his dead son, it’s a nice reminder for Batman and Robin readers to see Batman in his element as a agent of fear against the scum of Gotham City. This makes McKillen’s defiance of Batman mean so much more. She’s not just unafraid of some guy; she’s unafraid of the Bat, the Dark Knight of Gotham.

This issue covers a lot of ground, touching on the recent grave robbing at the Wayne estate, the origin of Two-face, and the capture of Erin McKillen. There are also a few cameos from Two-Face, but really only to establish that Harvey wants to kill McKillen.

McKillen herself isn’t the most interesting character. She is a hotheaded mob boss, which has been done again and again. While she disfigured Dent and beats up men who overstep their bounds at her brothels, any mob boss could conceivably do this. She really doesn’t stand out all that much, other than her fearlessness in the face of Batman.

This is a brutal, action-packed issue that also takes a few moments to breathe. It’s pretty crazy how much content was packed into 22 pages, and how stylishly Gleason portrayed both story and action. It is unfortunate that the new character was uninteresting, and nearly the entire issue focused on her. However, the comic is still refreshing for Batman & Robin readers, as an issue without a grieving Batman is necessary at this point.