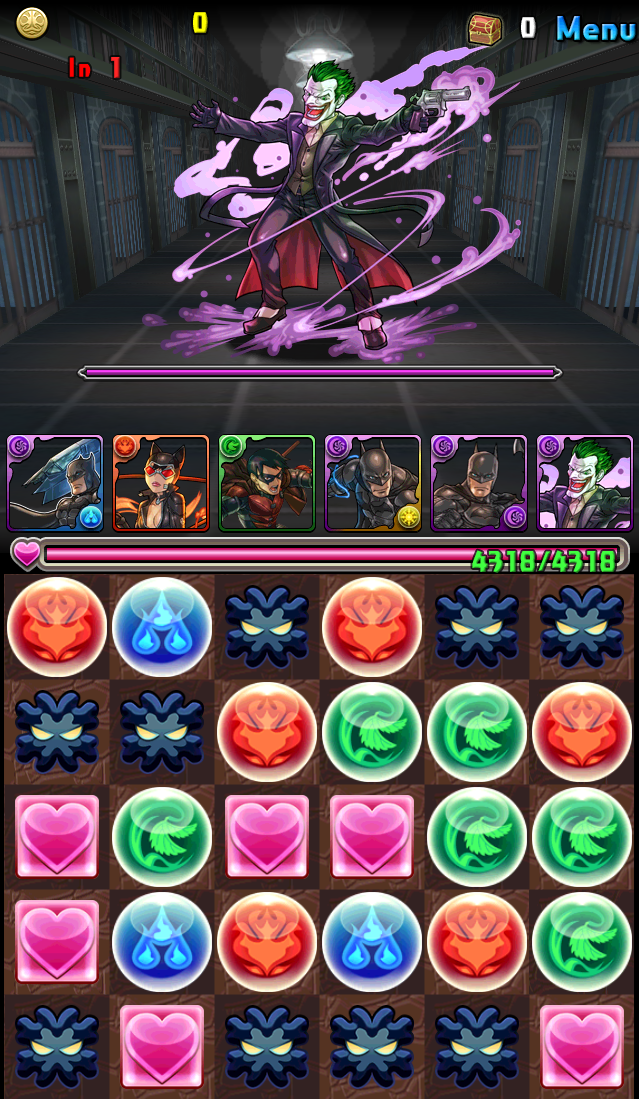 Hey Batman fans, do you like his videogame appearances? In fact let me rephrase that, do you enjoy the Batman Arkham Origins videogame? If so, I got good news for you today. Warner Bros. Interactive announced that it would bring their hit game ‘Batman Arkham Origins’ to Gung Ho Online Entertainment’s puzzle game ‘Puzzles and Dragons’. If you don’t know what the game ‘Puzzles and Dragons’ is all about, well, let me tell you about it. It is a free mobile puzzle game where players have to match at least 3 of the same orbs as well as assembling teams of five monsters to fight and defeat various bosses. Also, you can collect eggs from beaten monsters as well as Egg Machines which can be used as power-ups and/or leveling up their teammates. For a limited time only, players can enter a special Batman Arkham Origins dungeon where they’ll have the opportunity to face off against the Joker. You also don’t have to face off with the clown alone in fact, using a special Egg Machine, you could add heroes such as Batman, Catwoman, and Robin. The game is available on Android and the iOS and as for the Batman special, its up there ’til November 12th.