Swamp Thing and Jason Woodrue—a.k.a. The Seeder—face off to decide once and for all who is worthy of being the Avatar of the Green.

The Seeder and Swamp Thing enter into an arena and only one is allowed to leave. Swamp Thing is prepared and he is convinced that there is absolutely nothing Jason Woodrue can do to stop him. However, it appears that Swamp Thing has underestimated the power of Seeder.

Jason Woodrue gives Alec Holland the fight of his life. Defeating Arcane in “Rotworld” gave Holland a newfound confidence that unfortunately serves as a weakness against the likes of Seeder. The fight takes multiple twists and turns as the story progresses, developing in a very cinematic way. Charles Soule outdoes himself with Swamp Thing #25, creating jaw-dropping scenarios during the fight. He also invents interesting ways to use all the abilities and powers handed down by the Parliament of Trees in the previous Annual issue.

The artwork is absolutely gorgeous. Jesus Saiz takes his abilities to a whole new level as he draws every leaf, root, and tooth on Swamp Thing’s body with incredible detail. Seeder has changed his appearance since we last saw him, and Saiz takes this opportunity to develop a new haunting look for the character. Saiz uses innovative angles as well as powerfully directed combat sequences to cultivate a magically unforgettable clash of two towering forces.

Although we only had a taste of Seeder’s abilities in previous issues, the height of his power is made perfectly clear in this issue. Seeing Jason Woodrue battle the Swamp Thing’s near godlike abilities at first seemed heavily one-sided, that is until Woodrue fully unleashes his own power.

Rather than assume that the reader understands Seeder’s strengths, the creative team is able to demonstrate Jason’s abilities in a way that brings a sense of appreciation for not only this issue, but also the series as a whole. Swamp Thing #25 delivers on every aspect. Whether it is Charles Soule’s storytelling, Jesus Saiz’s impeccable craftsmanship, or the promising fight itself, every reader will find something that makes this issue special.

Even through multiple reads, it is hard to find anything particularly negative about this issue of Swamp Thing. The battle is one of the most memorable scenes in the history of this New 52 series.

Swamp Thing #25 is unbelievable from start to finish. With the combination of breathtaking combat sequences and incredibly mastered artistry, Charles Soule and Jesus Saiz deliver one of the best issues of Swamp Thing since the birth of the New 52. It is truly a spectacle to see how strong this creative team has become and how they continue to develop well-made content every month. If you’ve never read Swamp Thing before, now is the time to dive in. 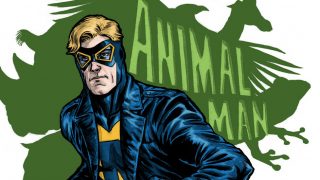