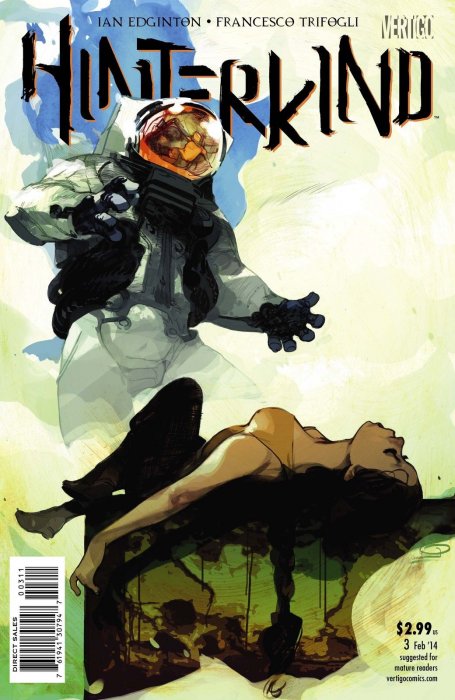 In the third installment of Ian Edginton and Francesco Trifogli’s newest title from Vertigo Comics, readers are taken on yet another mystical journey where they witness monsters, traitorous elves, monsters on fire, and a weird race of Frankenstein-like people wearing Hazmat suits. The creative team continues to up the ante as the plot of this fantastic story thickens.

Once again, Trifogli’s art is astounding, and this time it comes without any minor faults. It’s absolutely beautiful from start to finish. He continues to show off his ability to create and draw fantastic mythical creatures. Moreover, he also manages to make Hazmat suits frightening and the people inside them just as gruesome. Trifogli has crafted a most beautiful apocalyptic world. His work is undoubtedly complimented by colorist Cris Peter, who does an outstanding job of bringing life to both the monsters and the world around them. The opening scene where a gang of beasts is watching a soap opera and feasting on dismembered body parts is absolutely incredible.

Edginton’s writing has evolved much more since we last saw it. The author brings two new plot lines into the book, and adds each of them into the story seamlessly. He continued to deliver humorous dialogue and has managed to make the plot even more mysterious. It’s impossible to guess exactly what will happen next, and that makes this story worth reading. The highlights of Edginton’s work in this issue are his scripting of the creepy Frankenstein people, and with his wonderfully crafted history of the Hinterkind.

It’s important to note that this series is blending mythology and science into an intriguing, mysterious, and adventurous story. There is certainly is a lot to enjoy.

There really wasn’t much wrong with this book. If there was anything displeasing about it, it leaves the reader wanting more. Edginton could’ve done a slightly better job fleshing out his characters. Three issues into the series and there’s still not a very strong connection to Prosper, Angus or any of the other characters. This lack of characterization is disappointing.

Hinterkind #3 is an excellent read and a major improvement over the second issue. Edginton stepped up to the plate and delivered a much stronger story that seriously thickens the plot of his fantasy tale. Meanwhile, Trifogli and Peter continue to exceed expectations by creating a rich world full of magnificent monsters and myths. 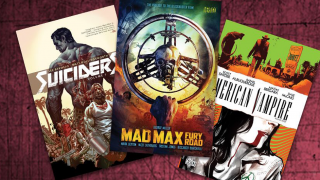