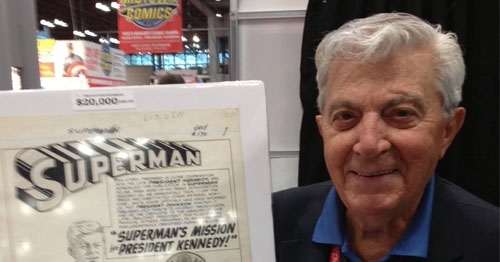 In late October we spoke about Al Plastino, legendary comic artist, finding out that his original artwork from Superman #170 (also known as ‘Superman’s Mission for President Kennedy’) never made it to the JFK Presidential Library as he intended back in 1964.

Sadly Mr Plastino passed away on the 25th of November never seeing his wish accomplished.

Superman #170, written shortly before the Kennedy assassination but released afterwards at the request of the Kennedy administration, saw Superman entrusted with a mission from JFK himself. Plastino called it his “greatest pride” and intended for it to be donated to the JFK library in Harvard. Sadly it had been put to auction behind his back to a private collector. Years later he learned about it from a fan at this year’s NYC Comic-Con.

DC Entertainment released this statement on the subject:

“Al Plastino was one of the most influential and prolific Superman artists of the 1950s and 1960s. His passing last month saddened the entire DCE family.
One of Plastino’s most recognizable pieces was a Superman story he illustrated that featured President John F. Kennedy titled  “Superman’s Mission For President Kennedy.” Among Plastino’s final wishes was for the original art for the story to be displayed at the John F. Kennedy Presidential Library and Museum in Boston, MA.
As a tribute to honor him and preserve his artistic legacy, DC Entertainment is pleased to confirm that we have acquired the art and will be donating it to the JFK Library, fulfilling Plastino’s longtime hope for the story, which he often pointed to as one of his most important artistic contributions.

Mr. Plastino’s wife, Annmarie, and Mr. Plastino’s children, MaryAnn, Fred, Janice, and Arlene, said:  “We are extremely grateful to DC Entertainment for ensuring that the original art Al Plastino created for ‘Superman’s Mission for President Kennedy’ will be preserved as part of his artistic legacy and as a tribute to President Kennedy.  This art was always very, very special to Al and our whole family and it would have meant a great deal to Al to know that DC Entertainment stepped in to make this possible.”

Win one for the comic book legends! 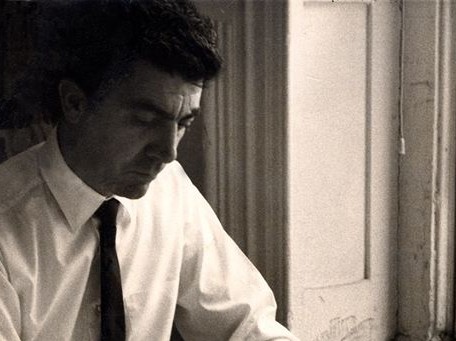 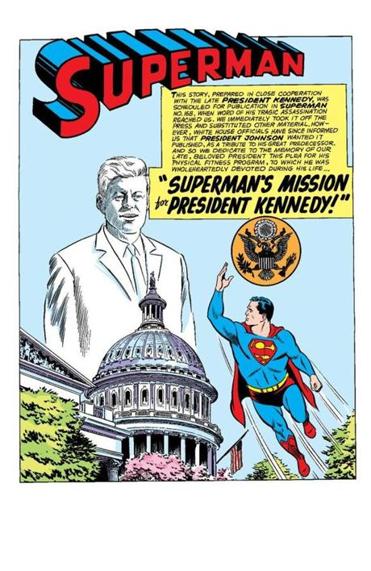 Superman to be displayed at JFK