Supergirl finds difficulty managing her abilities after the fallout of “Krypton Returns”.

After fighting under Krypton’s red sun, Kara’s powers were weakened. Now that she is under a yellow sun once again, she is struggling with the influx of power that’s coursing through her body. In the previous issue, Kara briefly fought against the all-new Lobo and ended up killing him. Supergirl #27 focuses on the autopsy of Lobo as well as the anger that Kara is fighting to keep inside her.

Tony Bedard delves deeper into the Supergirl he is trying to re-establish; she is taking control of her life and is looking forward to what the future holds. However, there is a wave of resentment and fury under the skin and it’s evident that it will impact the character for the course of Bedard’s run. He writes a very earnest Kara that can be viewed as more of an adult than a teenager, a character capable of taking responsibility but hampered enough by her past that she struggles to hold it together. Although Supergirl has been through a lot, Bedard writes her in a way that the reader will believe that Kara can and will get through her haunting past.

The story is moving in a decent pace and enough information is delivered for the book to progress without giving too much away. Lobo may have a very small role in this first arc by the new creative team, but the upcoming Green Lantern crossover should bring about heavier implications. As of now, it doesn’t appear Lobo will have a large impact on Supergirl, but the story is intriguing enough to keep readers engaged.

Yildiray Cinar and Ray McCarthy expand and improve upon their work from last month’s issue. There is an interesting dynamic that displays both Kara’s fury and her tranquility. Seeing these artists go back and forth between these moments makes Supergirl’s emotions more believable. They are handled incredibly well as they tackle a “calm before the storm” angle with the character.

The issue ends with a promise of a grand brawl and it’s exciting to get a taste of these artists fleshing out a full combat sequence once more.

Although the artwork is a step-up from last month’s issue, there is a slight inconsistency with Kara’s facial expressions when she’s upset. It’s understandable—with the upcoming crossover with Green Lantern—that the writers are trying to express Supergirl’s rage. That being said, simply sprinkling in a few scenes with her hunched over sporting a maniacal face doesn’t really do that. Those moments feel a bit forced and do very little to the overall experience of the comic, but they’re noticeable.

Lobo feels like filler in this issue. It appears that Bedard doesn’t have a larger plan behind him, and he feels almost gimmicky in Supergirl right now. A larger, more focused arc introducing Lobo would’ve been a better strategy, but the quick three-issue fill-in isn’t as powerful. Unless the next issue ends in a massive cliffhanger that can pull the story together, this arc won’t have much of an impression on the series.

The new creative team for Supergirl continues to establish a fresh take on Kara Zor-El. With a charismatic new outlook on the future, and an underlying weakness that holds her back, Supergirl is becoming a very developed part of the DC Universe. Tony Bedard, Yildiray Cinar, and Ray McCarthy are growing as they work together and the result is quite satisfying. 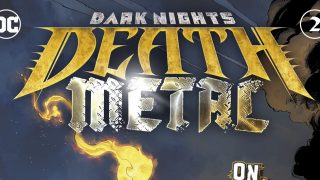