Hey guys, Darius here, bringing to you my review of  BATMAN ETERNAL issue #10! Yes, it has indeed been ten weeks and BATMAN ETERNAL is still putting up with a strong performance! With Snyder, Tynion IV, and Layman’s direction, and Guillem March’s beautiful art, this team continues to craft what is looking to be one of my favorite comics in the last decade or so. Anyways, in BATMAN ETERNAL #10, Batman and Catwoman team up again! Also Professor Pyg makes an appearance since he killed Mr. Rhodes in issue #7, and we get answers in regards to Falcone’s past and his motivation for coming back to Gotham. Let’s get the ball rolling with the Positives and Negatives of this issue! 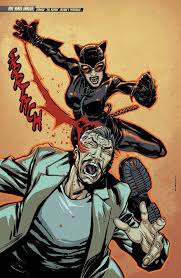 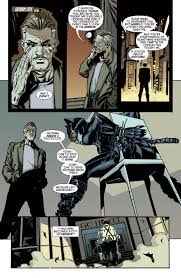 This was a good issue. The action was good. The writing was great, especially with Falcone’s explanation, you just felt like you understood what he wanted to do and the way he expressed his thoughts, he can convince the reader that what he is doing is justified. The artwork by Guillem March is always great, he always encompasses you into the action and how each individual character is feeling with his drawings. Overall, this issue is a good read and if you want some understanding of why Falcone is back in Gotham, and what it foreshadows in the BATMAN ETERNAL story, then this is a must have!

Review: The Next Batman: Second Son #1