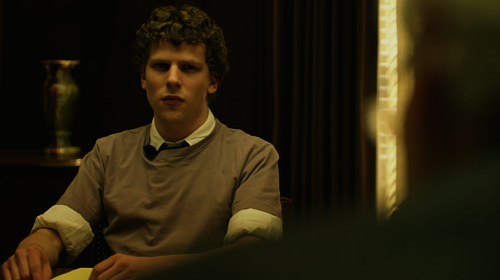 When last we heard from Batman V Superman: Dawn of Justice star Jesse Eisenberg, he spoke with IGN stating that his Luthor will be a different kind of person with a different interpretation to how the character acts and looks, compared to Kevin Spacey’s Lex in Superman Returns, he will be younger, and would fit in the dark world that director Zack Snyder set up in Man of Steel.

Until recently as fans waited patiently for further news on the next DC Cinematic universe’s Lex Luthor, Jesse Eisenberg spoke with TotalFilm, He admitted that in his role of Lex, he was asked to play Lex Luthor as quite a complicated and challenging person, he mentions –

“There are some indications of how the character should behave based on the script, and then an actor makes it his or her own,” says Eisenberg.

“I got to know one of the writers Chris Terrio, and we were able to discuss things at length and figure out who this person is to create a real psychology behind what is, perhaps, in a comic book, a less than totally modern psychology. I can only say I’ve been asked to play an interesting role. A complicated, challenging person.”