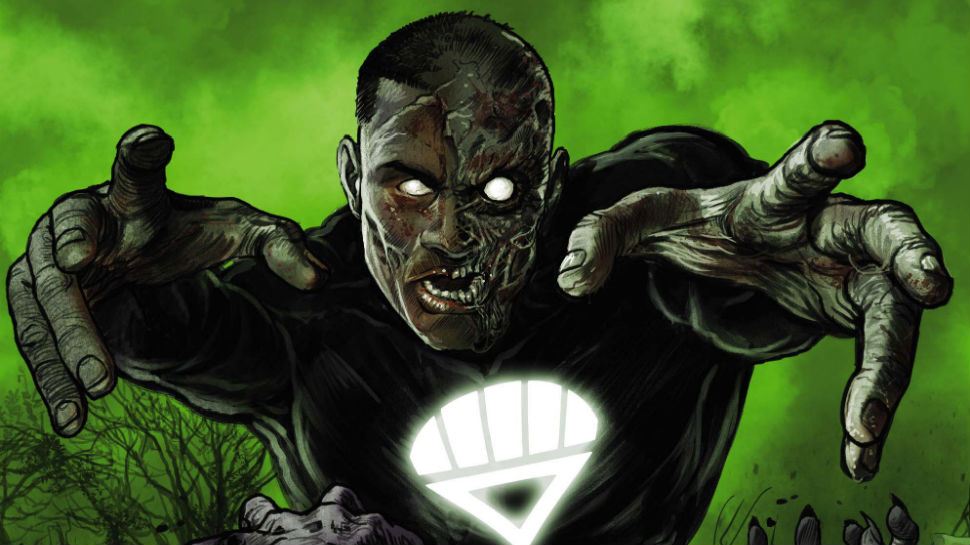 Picking up where last week’s Godhead #1 and Green Lantern #35 left off, part three of the line-wide crossover continues here in the pages of Green Lantern Corps #35. John Stewart and his gang of Lanterns are investigating the chaotic remnants of what is left of Ayoin, the planet the New Gods laid waste to while experimenting with their staph containing one ring from each of the different corps colors. A few of the New Gods return to clean up their mess, and a battle between the two factions ensues.

The dialogue from writer Van Jensen works well, giving all the unique characters moments to he heard and make an impression. The more decompressed style taken in Godhead #1, which he co-scripted, is replaced here with a much quicker pace. The unique style of artist Bernard Chang is on full display throughout, and the coloring of Marcelo Maiolo complements it perfectly.

While a strong issue in its own right, in the grand scheme of the Godhead crossover, not a whole lot of unique or new information is provided. We end more or less on the same note as the previous entry, with the New Gods seeking out Kyle Raynor. This book is almost entirely a game of fisticuffs.

If you read last week’s first two chapters of the story, you’ll likely be grabbing this anyway, for completist sake. Despite its lack of progression, Green Lantern Corps #35 has strong art and scripting, with plenty of satisfying sci-fi bits and super-heroic bobs.