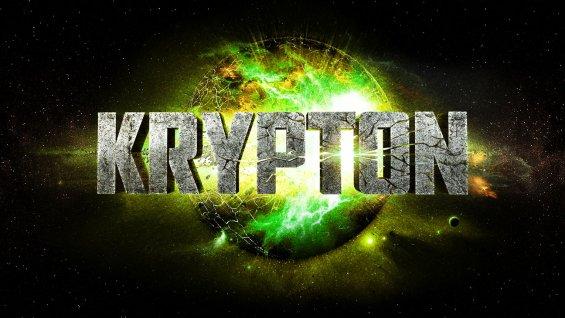 Warner Horizon Television and the Syfy network are working together to bring a new series, titled “Krypton”. For months now the series has been classified as little more than a rumor but Syfy has officially confirmed that David S. Goyer (Constantine, Da Vinci’s Demons, Man of Steel, The Dark Knight trilogy and  the upcoming Batman v Superman: Dawn of Justice) and Ian Goldberg (Once Upon a Time, FlashForward) will be the ones to executive produce the new DC Comics television series.

Krypton will center around Seyg-El, the Grandfather of Superman and Father of Jor-El, so it seems saying something like “The planet blows up in the end” would be humorous but albeit untrue. Now despite what it may seem, this series will NOT be connecting with Man Of Steel or any of the DC Comics films in any way. It has been said that the DC Comics Television and Cinematic worlds will be completely separate from each other.

Here is the synopsis for the series as a whole:

“Krypton takes place years before the Superman legend we know, when the House of El was shamed and ostracized. This drama, which is in development, follows the Man of Steel’s grandfather as he brings hope and equality to Krypton, turning a planet in disarray into one worthy of giving birth to the greatest Super Hero ever known.”

This new project is actually being compared to FOX’s Gotham , which is a partially an origin story for Batman. However, the synopsis suggests otherwise. Gotham focuses on characters that the fans are already completely familiar with while Krypton seems to offer a bit of insight on the House Of El far before its most well-known member comes into play.

Krypton will join a large roster of DC Comics television series already on the air, across multiple networks, with more coming soon. CBS will soon be the network to broadcast the upcoming Superman-related series, Supergirl. Meanwhile, the pilot and series for Titans is in fact in development at TNT and will be filming next year according to DC’s Geoff Johns.

So what do you think, folks? Would you like to see an origin story for the House Of El? Let us know!