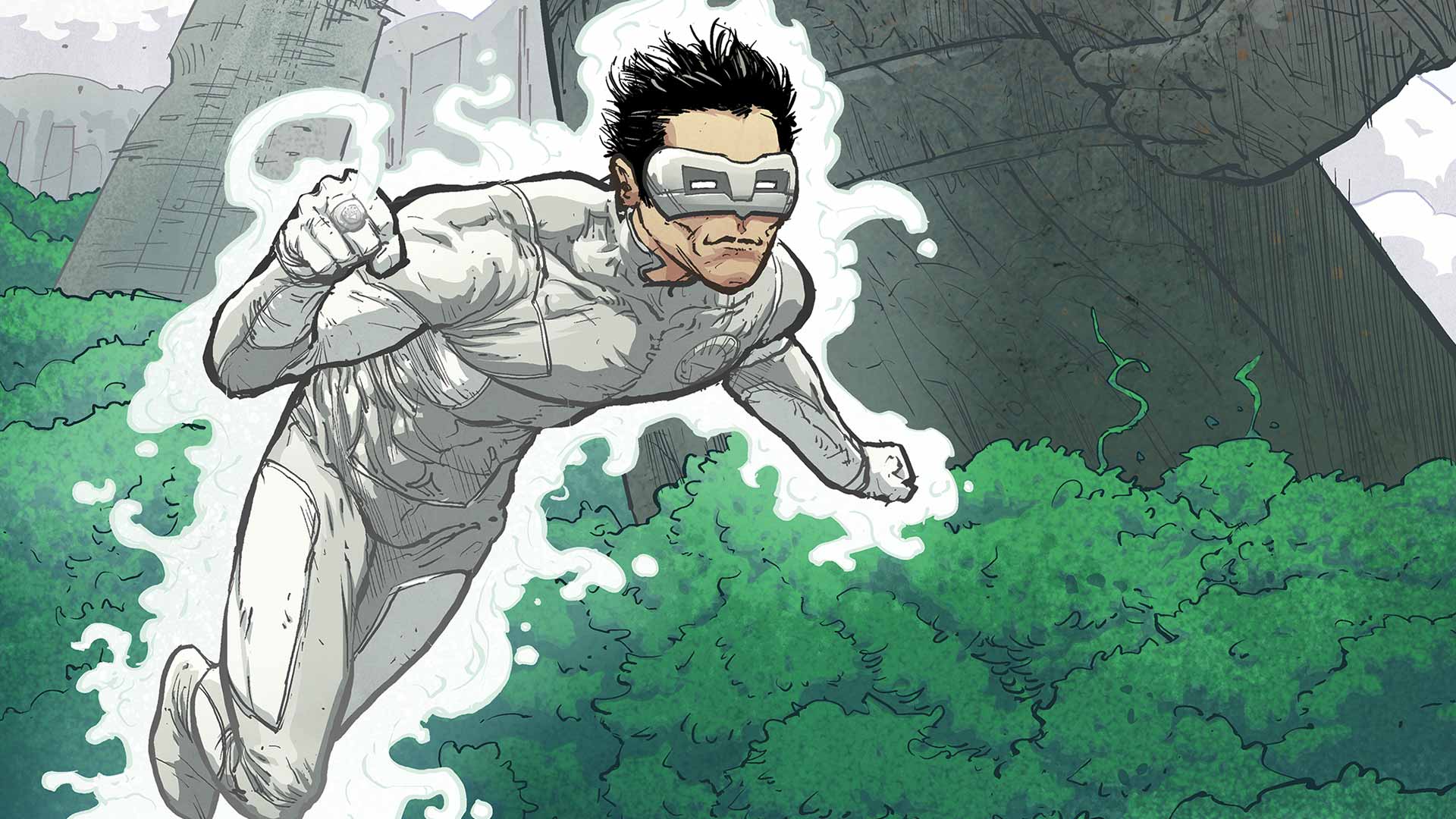 Act three of the Godhead crossover reaches it’s mid-mark with this week’s Green Lantern: New Guardians #37. Last month’s issue left Kyle and Carol stranded on the surface of Old Genesis after losing their rings to Highfather.

Conveniently, Metron shows up and gives them a motherbox to reconvene with John Stewart and Saint Walker in the catacombs beneath New Genesis. There, they devise a plan to reacquire the white ring and tilt scales back in their favor.

Although the central figure of this book is Kyle Rayner, I actually find the way that Justin Jordan writes John Stewart to be even better. Overall, the dialogue is fun and snappy, with all the characters getting in some good lines. I also sometimes have issue with fill-in art, but the transitions in this issue between the work of Diogenes Neves and Rodney Buchemi (along with three different inkers) isn’t particularly too jarring.

Much like my problem with the previous issue, you can sum up the entirety of what occurs in one sentence. Last time, Kyle lost his ring. In this one, he gets it back. That’s really it. And when that feels like a fair synopsis for an entire 20 page comic, I can’t help but feel that readers are short-changed in actual story progression.

While not a bad issue, Green Lantern: New Guardians #37 suffers from the same problem as issue #36, which is not enough for a comic in of itself and certainly not adding enough to the overall crossover at hand. This will be the last issue I personally read of the book. It’s been marked for cancellation come March of 2015. Whether that’s a sign of quality, sales numbers or simply a relaunch of some sort (as Green Lantern Corps and Red Lanterns are also ending) shall have to wait to be seen.

And the week prior to that, writer Justin Jordan announced his departure anyway, much like next week’s Red Lanterns being Charles Soule’s final issue. It’s a tough time to feel as invested in the Green Lantern line at this moment with so much transition in the near future. It sort of spoils the fun we’ve had with the crossover thus far. Let’s hope the final 3 chapters make up for it.