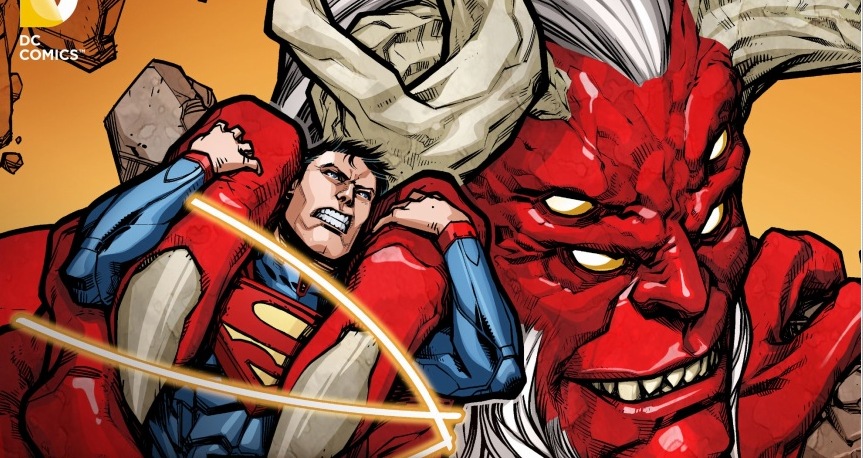 Jiminy jillickers is all that can be said with this week’s all-out battle royal for Injustice. With the two teams going head to head with the teams of meta vs superhuman now being put to the ultimate test.

All I can say is oh my god I did not see this coming! Brain Buccellato has absolutely tipped the scales in this week’s issue bring back all the hired help from both sides. Finally my beloved Gotham team has returned packing one hell of a punch. Though not a heavy dialogue issue, the action and emotions in each panel stacks up giving this story its well needed spunk back. I love the way that these panels are being flowed into each other and spread across so that your eyes seamlessly move from one page to the next. You can see there has been an amazing amount of time and thought put into this much awaited battle and I for one and so excited to see it finally underway.

Xermanico, Juan Albarran and Bruno Redondo only give Rex Lokus one hell of a canvas to color. These guys have taken the whole beauty of each side and brought them back to the pages in this issue. I loved everything from the color combinations to the outfits to the beautiful action poses that swept across the panels. Everything about the layout for this week’s issue is flawless and let’s face it a shot of all the ladies pretty faces had me sold.

Batwoman returns and she fights the biggest wild card of them all Wonder Woman! Oh my god this is a battle I have been waiting for and as much as I knew my beat was for Diana, the one page was all I needed to see these titans head to head. I missed my Gotham team so much and I just loved them defending Batman with all their grit and determination. Even Harley has turned over her new leaf and helps out in her own bizarre way. This is what I wanted to see and we are lucky enough to get it in full high gloss pages.

I want to say nothing at all really I do but the front part with Nightwing as the new Deadman was literally a tack on for me. It should have maybe come at the end of the issue and lead into the next one to keep the story flowing better instead of the stop start we have with him.

Injustice now has more than a human based fight on its hands as gods from all realms are mixed into the chaos. As the two heavy weights duke it out, will magic be able to turn the tables or just make the fight into a bigger brawl? Stay tuned to find out what happens when Batman unleashes his secret weapon.