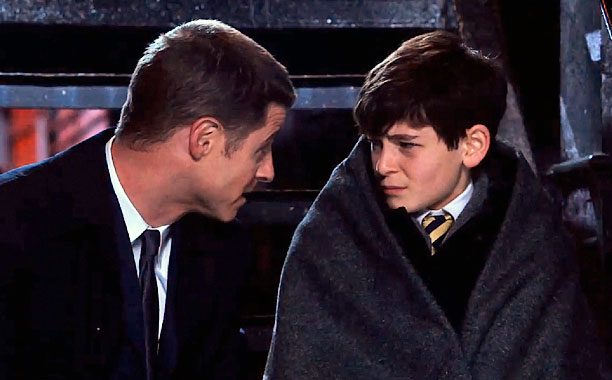 Comic Book Resources recently sat down with Bruno Heller, creator and executive producer of Fox’s hit series, Gotham, to discuss future plans for the show. With only ten episodes left until the end of season one, Heller spoke about what has made Gotham so popular and taking the show in a new direction.
According to Heller, Leslie Thompkins, played by Morena Baccarin, will have a more prominent role in her developing relationship with Jim Gordon. Heller also stated the Riddler’s story will progress.
“…Leslie Thompkins, has arrived. She’s going to be a big figure in Gordon’s life. We’re going to see a slow but dramatic change in the Riddler story. Ed is going to be confronted with some serious troubles that start changing his character in a very profound way. I think for Gordon, even as he starts, to a degree, conquering the politics of the GCPD and acquiring the kind of power and leverage he needs to make changes, his personal life and his moral balance are on much shakier ground. So I think towards the end of the season, you’re going to see someone who is at the height of his career, but personally at a very low ebb — or at a very dangerous ebb.”

When asked whether viewers would see some of the characters start to wear their iconic costumes, Heller responded,
“I always take a long-term view of a show. I’m looking at several years. So we’re in no hurry to [do that] — there’s going to be an episode that involves the Red Hood, which picks up that strand, the costume strand, and sort of gives a kind of philosophical base, if that’s not too pretentious a word. Why costumes? What’s the power of costumes? What’s the power of a mask? All of that groundwork will be laid sort of culturally for that side of the DC Universe before we start rolling into the more spectacular spandex type of deal.”
As for the relationship between Bruce and Alfred, Heller says they plan to take it in a “very natural, step-by-step direction.”

“Everyone grows up slowly. It’s not a series of spectacular transformations. He’s not bitten by a spider. It’s an education. And that’s really how we’re playing that. Especially because we have such a brilliant young actor in David Mazouz, and a wonderful comic, but still very real and mature person, in Sean Pertwee. They’re a wonderful combination…”

Heller isn’t spilling any secrets on new characters for season 2, however. 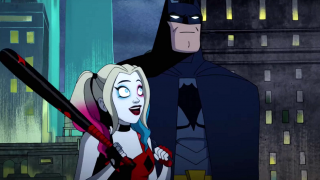