The wait is over. The master-key to unlocking the secrets of the DC Comics Multiverse has arrived. Following Multiversity #1, Society of Super-Heroes, The Just, Pax Americana and last month’s Thunderworld comes the sixth entry in the miniseries, The Multiversity Guidebook.

This is no mere compilation of pre-established information with a few bits of new art. No, no, this is much more. Writer Grant Morrison (and the most impressive collection of pencillers ever assembled) deliver to us a mammoth 80-page monster of a book; the literal and figurative centerpiece to the unfolding epic.

Interweaving the promised Earth-by-Earth breakdown and Multiversal map into multiple narrative vignettes, The Multiversity Guidebook comes complete with mind-bending mega meta-moments; of characters reading the very book in which they are featured – and that you hold in your hands.

We open with the Legion of Sivanas (from Thunderworld) decimating the Little League of Earth-42, featuring an amusing yet equally horrifying callback to Final Crisis. Left alone, Chibi Batman seems to be marked for certain doom. But the Atomic Knight Batman of Earth-17 arrives to assist, and the two start putting the pieces together in regard to all the craziness going down.

We then jump to Earth-51 (otherwise known as the Jack Kirby Earth) and catch up with Kamandi, Tuftan and Biomac on a journey to The Island of the God Watchers. We also see the classic interpretation of the New Gods of New Genesis, and discover the empty tomb of Darkseid of Apokalips.

From there, we get a wonderful history lesson on the Orrery of Worlds, the bleed that holds it all together, and each and every Crisis event.

We then dive deep into the amazing map of the Multiverse, as well as the breakdown of all 52 known Earths, complete with a summary and illustration of the major characters from each one (minus 7 mystery Earths, left open for future writers to explore).

To divulge anymore specifics would just be cheating readers out of any surprises. Suffice to say, there’s still plenty to absorb and enjoy from multiple read-throughs, like anything with Mr. Morrison’s name on it.

I’m not here to convert anyone. If you’re already neck-deep in this series, then you know some of what to expect. I don’t imagine too many fans will find themselves disappointed.

The sheer volume of quality content should verily satisfy one’s hunger for more Multiversal madness. To say I’m eagerly anticipating the final three issues to come (Mastermen, Ultra Comics and Multiversity #2) would be an understatement. 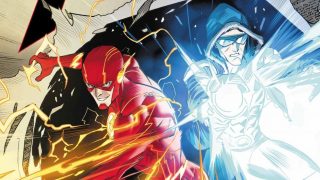 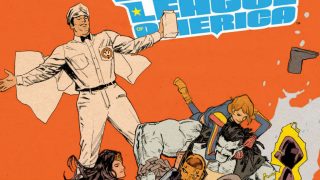