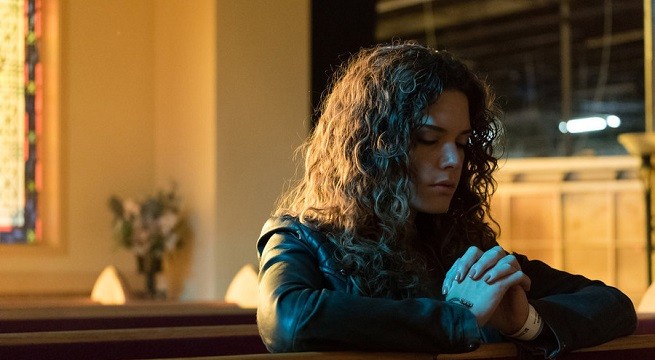 Things are about to shake up for Zed in a preview of Friday’s episode of Constantine titled, “Angels And Ministers Of Grace.”

Desperate to save Zed from her mysterious illness, John calls an unwilling Manny down to Earth to help him. From the look of it, Manny won’t remain unwilling for too long, as the preview shows him in a lip lock with a blonde. What other “humbling” things will Manny experience during his time on Earth?Meanwhile, Zed questions the source of her visions.

Watch the preview below:

AN ANCIENT EVIL RESURFACES IN A HOSPITAL – When John (Matt Ryan) heads to a local hospital to investigate a mysterious attack, he enlists an unwitting Manny (Harold Perrineau) to help him. Meanwhile, a health scare causes Zed (Angélica Celaya) to question the source of her visions. Charles Halford also stars.

The episode of Constantine airs next Friday, February 6 at 8 p.m. ET/PT on NBC.