Will Harrison Wells Reveal Himself On The Flash? 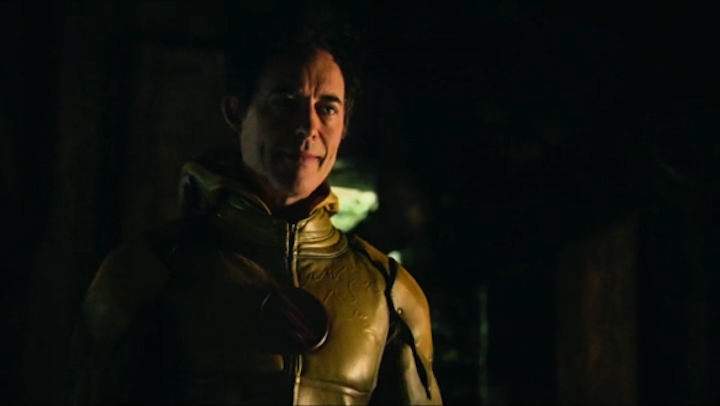 Will Harrison Wells reveal himself on the upcoming episode of The Flash? The CW remains secretive about the episode, for which there is still no synopsis.

In episode fourteen of The Flash, Barry shares the story about his presence in the past with Dr. Stein, who implies that if the speedster ran fast enough, he could burst a hole in the continuum that would enable him to travel through time.

At the end of “Fallout,” Barry resolves to travel back in time to save his mother, despite believing that he is destined to fail, having lost that fight once before with the man in the yellow suit. Since the upcoming episode is titled “Out Of Time,” it’s safe to assume that Barry does just that, but what else is in store?

By the look of the preview, Wells (Tom Cavanagh) finally outs himself to Barry Allen (Grant Gustin) and the rest of the S.T.A.R. Labs team as The Reverse Flash, the man that killed Barry’s mother.

The Flash returns with an all-new episode Tuesday, March 17 at 8 p.m. ET/PT.