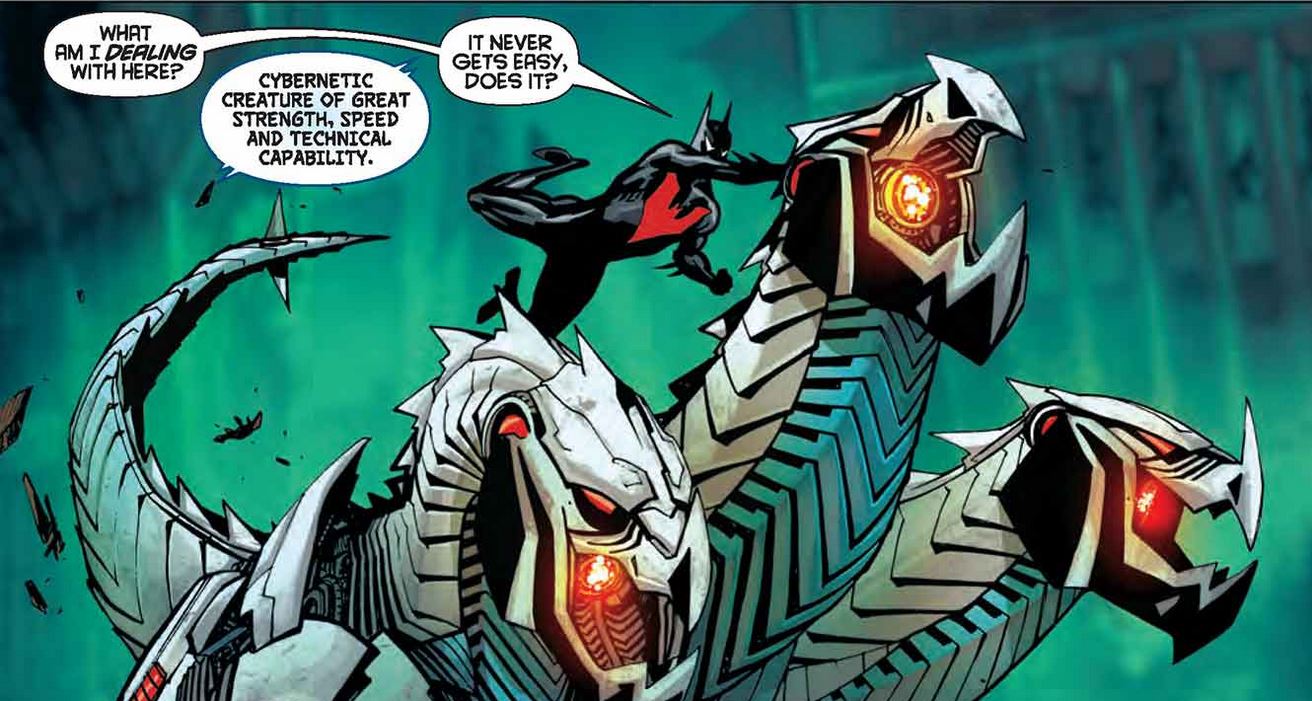 If you are as much of a Batman fan as I am than you probably enjoyed the cartoon series that followed the 90’s classic Batman animated series that is Batman Beyond. If you don’t know a lot about Batman Beyond let me give you a quick synopsis of its set up. So it is the future and Barbra Gordan is now Commissioner and Tim Drake is a satellite repair guy while Bruce Wayne is now an old man and CEO of Wayne Enterprises. Terry McGinnis finds Bruce and takes up the mantle of Batman since Bruce can no longer physically handle being Batman.

Now that you have that nutshell explanation, just throw it out completely. It’s okay, it’s just a different part where this new Batman Beyond picks up. The new series picks up from the Justice League is missing and Bruce isn’t there to help guide Terry through these tough times where every fight could save humanity from this hellish situation or push Terry deeper down into disaster. This puts McGinnis in such a bind that has everything that he knows over on top of itself and backwards. In an interview with Dan Jurgens and artist Bernard Chang – the two who are taking up the mantle on Batman Beyond – said,

The animated version, their futuristic sensibility is sometimes, I think, a little too far out. Dan has been throwing a lot of stuff at me—hopefully I’m retaining all of it—but some of it was, Syd Mead and Ralph McQuarrie with a splash of Blade Runner. There are a lot of things that will be recognizable and relatable to today—it’s not cities floating in a cloud—but there will be a futuristic element.

So with everything that has been said and seen I think that this new Batman Beyond is going to be something to pick up and read since they are fusing parts of the Batman Beyond we know and love while bringing in everything that is happening now. Plus throwing it into the future a little so anything is possible. This will be something to make a trip up to the comic shop to pick up and read, and I highly suggest you do the same because the artwork is amazing and the story is setting up to be an amazing ride.