One of the first new titles to spring from the aftermath of Convergence is Omega Men. Written by Tom King and illustrated by Barnaby Bagendra, Omega Men #1 follows the titular criminals as they evade the law.

The issue begins as a police officer begins reciting lines for an assualt. It’s an eerie scene that helps to set the stage for the type of world this is. The story is told in a minimalist way, and very quickly, things escalate for the officers when they discover they are being ambushed by the very criminals they were tracking down. The Omega Men, consisting of Tigorr, Primus, Doc, Broot, and Scrapps are an interesting crew. Each springs from the ambush in their own stylized way. Primus and Doc make for a deceptively violent pair, while Tigorr, Broot and Scrapps are more forward in their actions.

Juxtaposed with this action are scenes with the Viceroy, presumably in charge of the police force. Much of the dialogue in his scenes is rendered with an alien script, leaving his purpose somewhat cryptic. However, his actions at the end of the issue make one thing clear: the Omega Men are being targeted with extreme prejudice.

Barnaby Bagendra’s artwork stands as a highlight to the issue. The smooth lines help to provide a futuristic atmosphere to the proceedings. There’s also a number of great designs, as the spaceships and technology feel incredibly sophisticated, but also lived in.

Tom King’s story here is very minimalist. There’s a good amount of lettering that’s done in an alien script, leaving some of the dialogue to be inferred and other bits very cryptic. There’s something to be said for telling a story with actions rather than words, but when you’re trying to understand the motivations of the characters, it would be nice to have just a tad more exposition. That being said, there’s a great twist at the end of the comic that will leave readers wanting more.

The one major flaw of Omega Men #1 is its brevity. Readers get a taste of each of these characters and what makes them unique, but the plot is overly simple, largely amounting to a single sequence in which the Omega Men evade and fight the military force pursuing them for the death of Kyle Rayner. While the protagonists all get good moments of action and even some fun dialogue, it’s hard to really connect to the story when readers don’t know why they should care about the title’s heroes.

Omega Men #1 is a nice opening to the new series, with exciting visuals from Barnaby Bagendra. The script by Tom King is sharp, but the story this issue is very light, serving only as an introduction to the characters. It would have been nice to get a better understanding of the stakes involved before falling directly into the action. 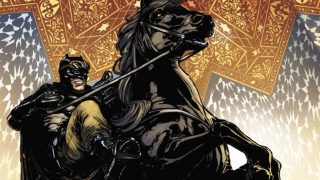 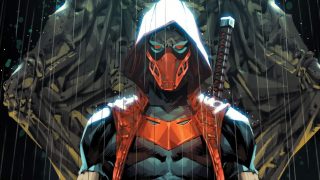