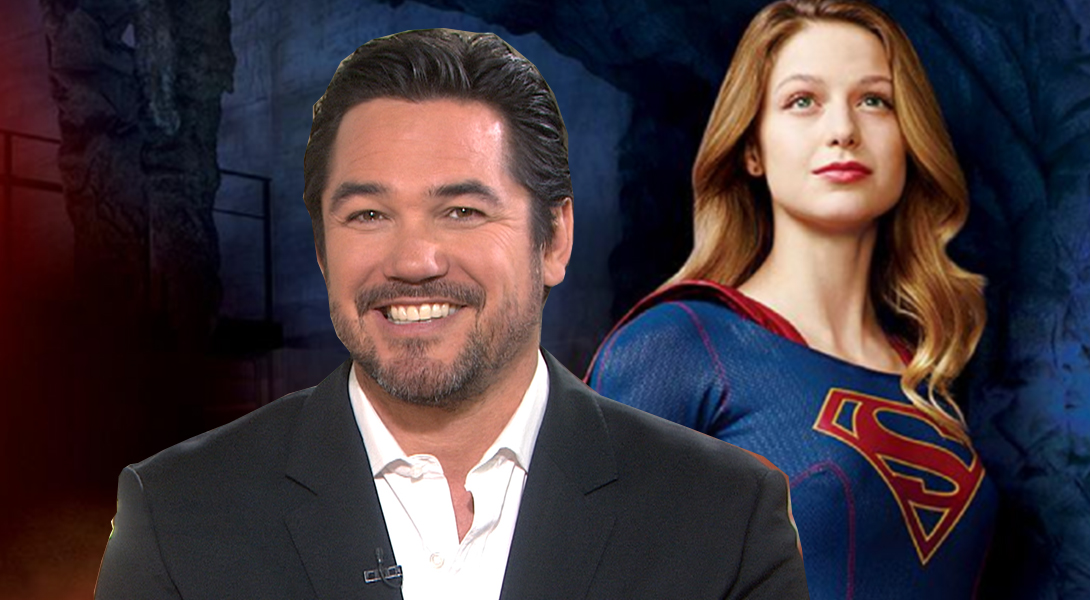 SPOILER ALERT! If you have sequestered yourself in a Fortress of Solitude, without any form of communication, then you are urged to look away.

For the rest of us, we already know that former Lois & Clark: The New Adventures of Superman star, Dean Cain, will play Kara Zor-El’s adoptive father in next fall’s CBS series Supergirl. Now, Cain is speaking for the first time since his casting about his connection to the Superman mythos.

Dean Cain: I love being part of the whole Superman lore. If I get a chance to do anything in the films or shows, I embrace it. It’s not something I feel pigeonholed into since I’ve done so many other films and projects. I’m a fan, as well as someone who has gotten to play these characters. I embrace the heck out of it. I’ll do it as often as I can. I’m really looking forward to doing some fun stuff on “Supergirl.”

And Cain has nothing but respect for Supergirl star Melissa Benoist. He also admits that he hasn’t seen the pilot.

Well, I’ve seen bits and pieces of her, but I’ve not seen the entire pilot. I’ve refused to watch the one that leaked. She brings a sense of goodness, and wonder and positivity. There’s a certain essence you need to have to play the character, I believe, and she has it in spades. That smile she has is so disarming and genuine. Those are all traits you need to have to play Superman and Supergirl. Her character Kara’s genuine excitement to help people and do the things that she does is amazing. I think Melissa is going to catapult to stardom, and she deserves it because she’s extremely talented.

You can catch Dean Cain in theaters and VOD starring in Vendetta, out now. And soon he will play adoptive father to 2 Kryptonians: This fall in the previously mentioned Supergirl; and soon he will play Jonathan “Pa” Kent in an animated feature based on DC Super Hero Girls product line.