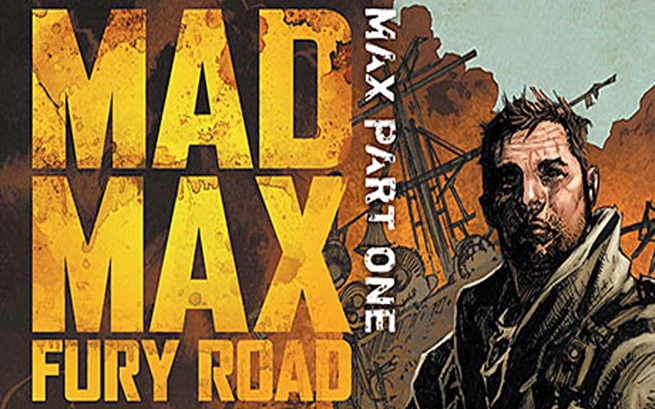 Max. The warrior Max. Haunted by his past and fated to wander the brutal Wasteland in search of his better self. To do so, Max Rockatansky enters Gastown, the only source of guzzoline for thousands of miles. Here he finds the final piece that he needs to rebuild his Interceptor – the powerful Boss 351 engine. But in order to acquire the fabled V8 in a world where car parts are worth more than a man’s life, Max must survive a gladiatorial battle in a place called…Thunderdome Plus!

From the mind of George Miller, the creator of the Mad Max trilogy, the prelude series to the upcoming film Mad Max: Fury Road continues in its penultimate issue!

If the film’s non-stop action and craziness was not enough for you, here you have a sneak peek into the comic prequel of the movie, where the artist amazingly captures the likeness of Tom Hardy and the apocalyptic world where the story takes place, making you feel like you are really inside the world set upon by the creators of the film franchise.

What do you think of the prequel? Is it MAD enough for you?