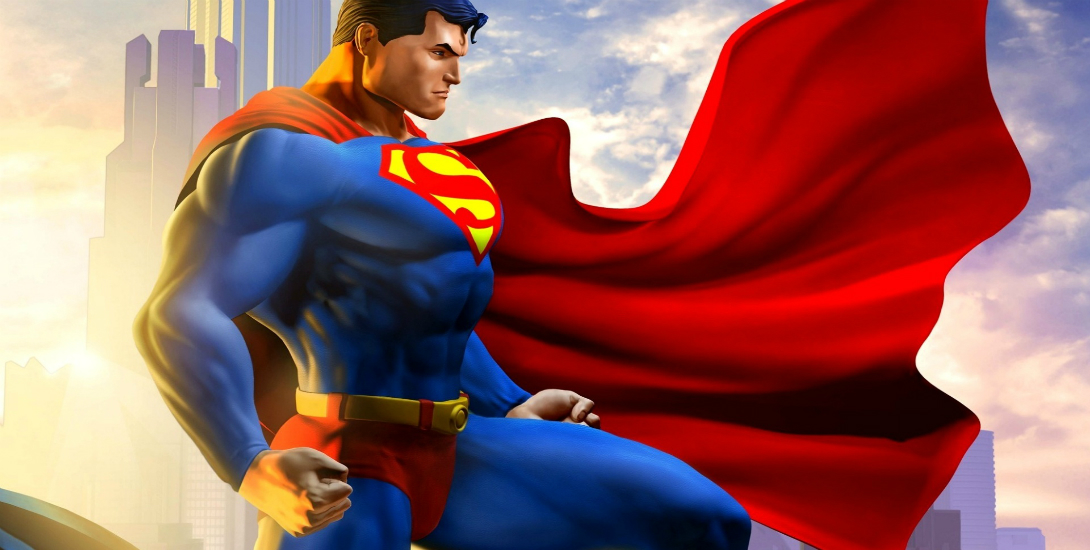 EDITOR’S NOTE: As with all rumors, please take this with a grain of salt. There is absolutely no official confirmation of the legitimacy of the following rumors (But it’s pretty exciting, if true!).

So there has been a rumor floating around the Internet for about a week, and what do you know, more information has surfaced in the midst of San Diego Comic Con (Coincidence? I THINK NOT!) about a suspected new title from WB Montréal, the game studio responsible for the Batman: Arkham Knight “A Matter of Family” DLC, and — more famously — their breakout title, Batman: Arkham Origins. This screenshot seems to indicate that it will be a console game starring everyone’s favorite Man of Steel. It was posted to the web a week ago on Tumblr with no information accompanying it.

Then, less than a week later, we get this:

Now, there’s some concept art online suggesting that WB Montréal is indeed responsible for this concept. We may, in fact, even get an announcement from DC at SDCC this year. Nothing solid, but with the Arkham series wrapped up, the next logical step would be to expand in the video game world with a massive DC Comics presence. And, let’s face it — after Superman 64 and Superman Returns: The Game, we kind of deserve a decent Supes game. But please; no more rings to fly through.