DCU Online: Bombshells And Black Lanterns To Debut In August! 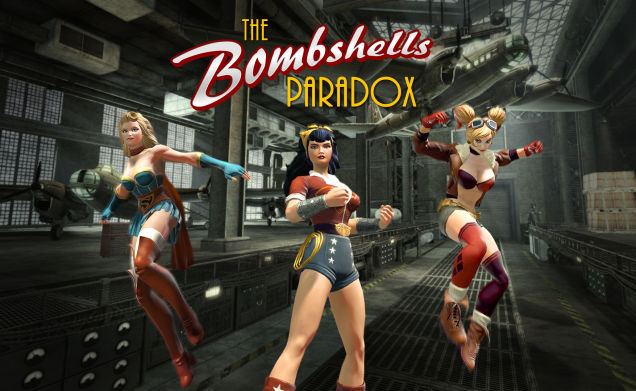 DCU Online will release their 15th expansion “The Bombshells Paradox” which will also include “Corrupted Zamaron” this August!

The Indigo Tribe will join “The War of Light” and take on the Black Lanterns, who have invaded the Star Sapphires home planet of Zamaron. Both groups will make their DCUO debut in this expansion. Notable members to appear include Black Lantern Hawkgirl and Indigo-1, leader of the Indigo Tribe. “Corrupted Zamaron” is a continuation of the War of the Light storyline.

Episode 15 will be available this August as a free download for Members and for purchase by non-members via the PlayStation Network or for PC players via the DCUniverseOnline.com website.

In this eight-person Operation, players will travel through a rift in time and space to the world of the DC Bombshells to battle the “Bombshell” Talia al Ghul. In her attempts to alter their timeline and change the outcome of World War II, “the Lady al Ghul” has created a tear in reality that must be fixed! Players must stop her and set the universe back on its correct path.

“The Black” has re-emerged in the universe and has targeted the Predator entity inside the Central Power Battery on Zamaron. Because of this threat, Indigo-1 of the Indigo Tribe has now joined the War of the Light. In this duo, players will help Carol Ferris defend Zamaron from the Black Lanterns and will purge the Black Lanterns’ Corruption from the Battery.

I’m a huge fan of the Bombshell series and am looking forward to this expansion!

So, what do you think? you can sound off in the comments section below!