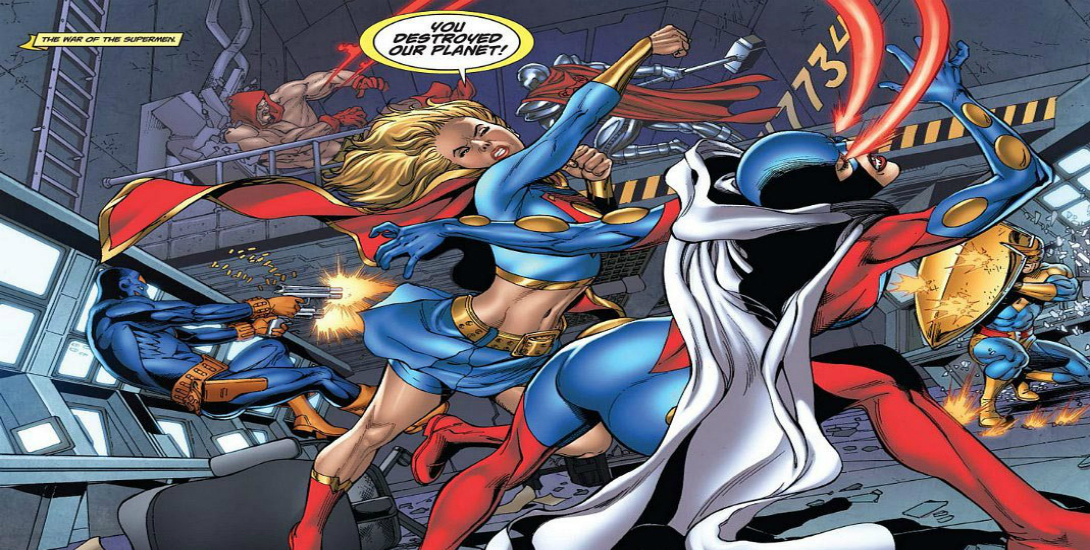 The third episode of CBS’ Supergirl series will introduce the recurring character of Lucy Lane. Described to be in her mid-20s to early 30s, she is as “brash, funny and beautiful as her sister Lois, yet strong, smart and successful in her own right.”

She also happens to be an ex-girlfriend of  Jimmy Olsen (Mehcad Brooks), formerly of Daily News. Given Kara’s (Melissa Benoist) crush (maybe) on Jimmy in the pilot, could there be a love triangle in Supergirl’s future?

Lucy Lane is one of several DC Comics characters to have adopted the Superwoman mantle. Perhaps it won’t be long until we see Lucy also donning a cape? Lucy was most recently portrayed by Peyton List (now The Flash‘s Lisa Snart) on Smallville.

Supergirl premieres Monday, Oct. 26 at 8:30/7:30c before moving into its regular Monday nights at 8.