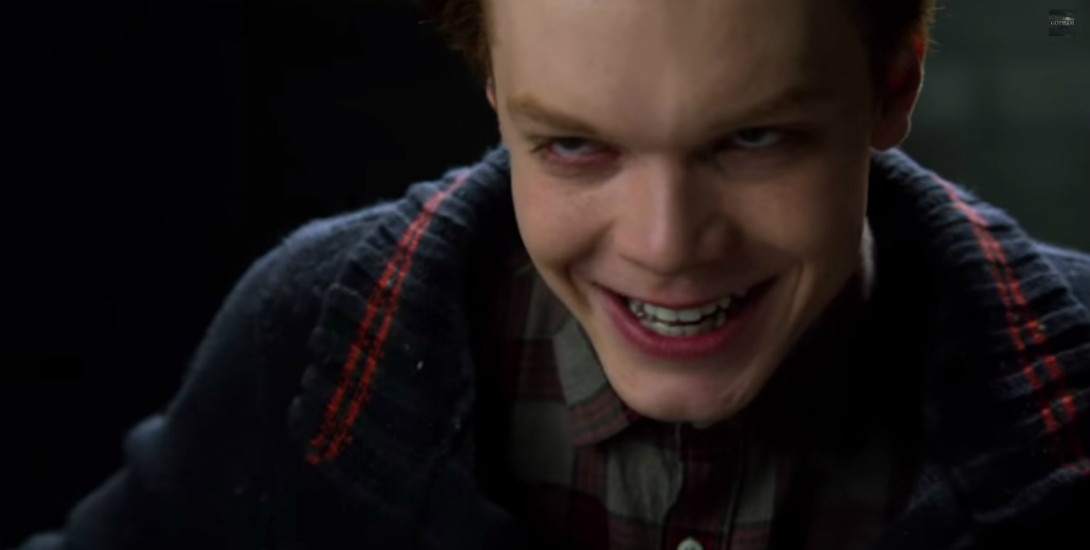 Gotham‘s maybe Joker Jerome (Cameron Monaghan) is set to return in the series’ sophomore season, although, executive producers Danny Cannon and Bruno Heller say he may not be the Joker fans are expecting.

“[The Joker is] an ideology, he’s not just a single villain. We’re doing the origins of an ideology,” teased Cannon.

That ideology will unhinge within the walls of Arkham Asylum, where Jerome is being kept locked tight.

“He’s locked up in Arkham right now,” said Cannon. “We get to meet him again and see what he’s blossomed into. Over the first episodes, we’ll see how his ideology spreads.”

While the executive producers have been reluctant to divulge details, it seems like they’re trying something unique in how they’ll present The Joker and his message. In the short Season 2 teaser shown during Comic-Con, there was a good amount of footage taking place in Arkham Asylum, where not only is Jerome locked up, but so are Barbara (Erin Richards) and a new character by the name of Robert Greenwood (Dustin Ybarra).

“I very rarely say this, but I’m confident that fans of The Joker and fans of that aspect of the Batman series will not feel cheated but will feel like something’s been illuminated,” said Heller.