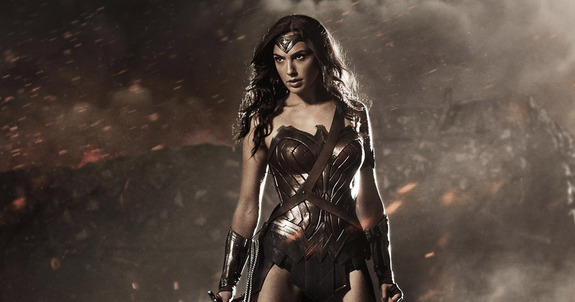 Grant Morrison has talked about how he does not feel that the original creator of Wonder Woman, William Marston, would not be happy with the new portrayal or direction of Wonder Woman. Since his idea and direction for Wonder Woman was to give a break from the blood, guts, and gore of modern day comics. Here is a quote from Grant Morrison in an interview from Nerdist.com,

You see the latest shots of Gal Gadot in costume, and it’s all sword and shield and her snarling at the camera. Marston’s Diana was a doctor, a healer, a scientist.

Grant Morrison goes on to say that he fears what this kind of new image of Wonder Woman will be perceived from those young girls who look up to Wonder Woman.

Not even girls want to be girls so long as our feminine archetype lacks force, strength, and power. Not wanting to be girls, they don’t want to be tender, submissive, peace-loving as good women are. Women’s strong qualities have become despised because of their weakness. The obvious remedy is to create a feminine character with all the strength of Superman plus all the allure of a good and beautiful woman.

So it is no big surprise that Grant Morrison is not too happy with the direction that Gal Gadot’s version of what Wonder Woman is going to be seen on the big screen with an explanation like that. That being said, I am certain that even with the harder image of Wonder Woman in Batman v Superman: Dawn of Justice will keep aspects of Dianna’s personality the same just with an updated take on her to help inspire more young women to aspire to the same level of personal strength and will power that she displays and possesses.