Amell takes down StarDust and King Barret at SummerSlam! 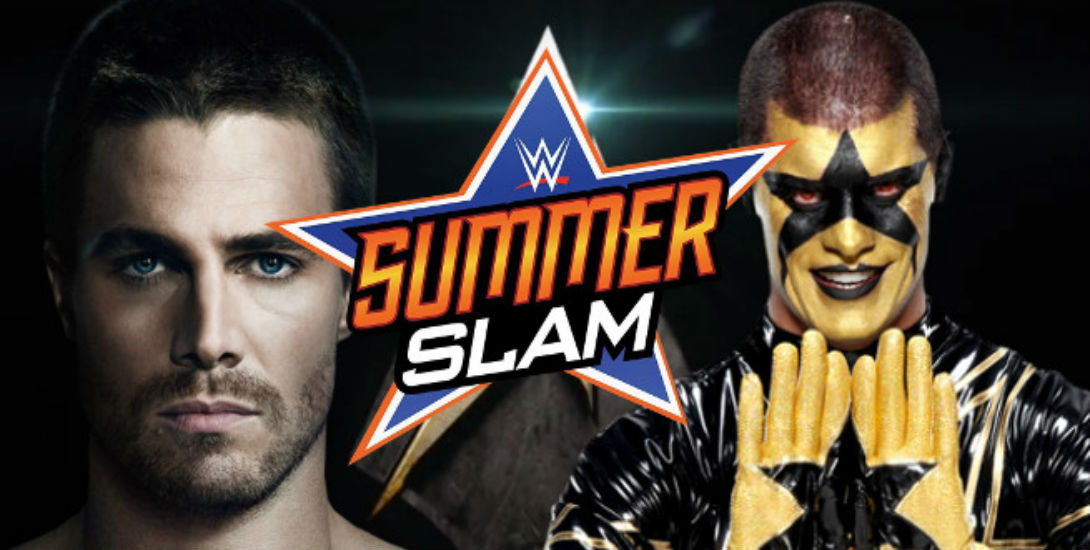 Stephen Amell, in full Arrow attire, has taken on WWE superstars King Barrett and Stardust at the 2015 SummerSlam!.

A months long friendly rivalry between Arrow star Stephen Amell and WWE superstar Stardust culminated in an epic fight on Sunday at the Barclay’s Center in Brooklyn, New York.

A couple of weeks earlier, Amell, who is a huge WWE fan, made a surprise appearance at the WWE Monday Night Raw where he took Stardust down. But the rivalry between them really came to a head at Sunday’s SummerSlam!

Amell, along with his wrestling partner Neville, jumped into the ring in his Arrow costume. And by all accounts they kicked some serious butt.

His relative lack of WWE experience didn’t hold Amell back when he used the ropes to launch himself into the match.

Things didn’t look so good for Amell at first. After taking several minutes of punishment from his opponents, Amell had to tag out. However, the boys managed to come out on top, with Amell making an epic dive on King Barrett, and Neville finishing with his signature move ‘The Red Arrow’.

Be sure to tell us what you thought of the fight in the comments.