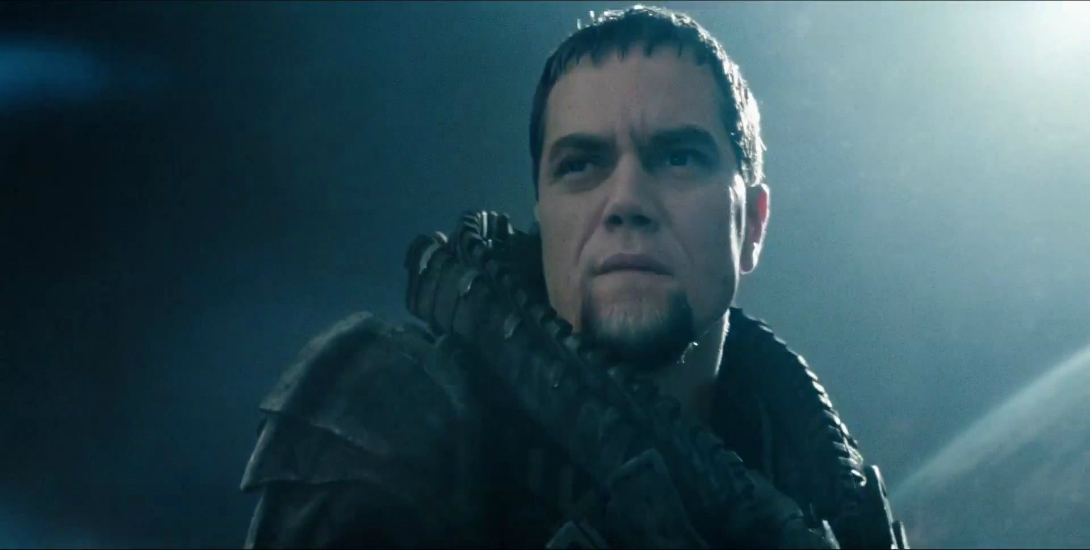 Michael Shannon nearly broke the Internet last month by claiming he had flipper hands in Batman v Superman: Dawn of Justice. His comment set off a wave of speculation that Shannon was in some type of motion capture suit and might be playing Doomsday in the film.

However, in an interview with Larry King, Shannon later claimed that he was only joking about the flipper hands.

“The pressure that I’m under in this situation sometimes leads me to say silly things like Zod has flippers. It was a false red herring, as it were.”

“It’s the same thing like in the first one with Jor-El. Russell Crowe’s character is kind of like a ghost. So I guess I’m a ghost, kind of.”

Perhaps Zod’s ghost is of the haunting variety? The biggest reveal (disappointment to some) was that Shannon has not shared any screen time with Batfleck. This reveal, however, does not completely rule out the Doomsday theory. It could simply mean that Shannon’s character, whoever he turns out to be exactly, does not come directly into conflict with the Caped Crusader, only the Man of Steel.

Batman v Superman is scheduled to be released in movie theaters on March 25, 2016.