Damien Darhk to Appear on ‘The Flash’ and ‘Legends of Tomorrow’ 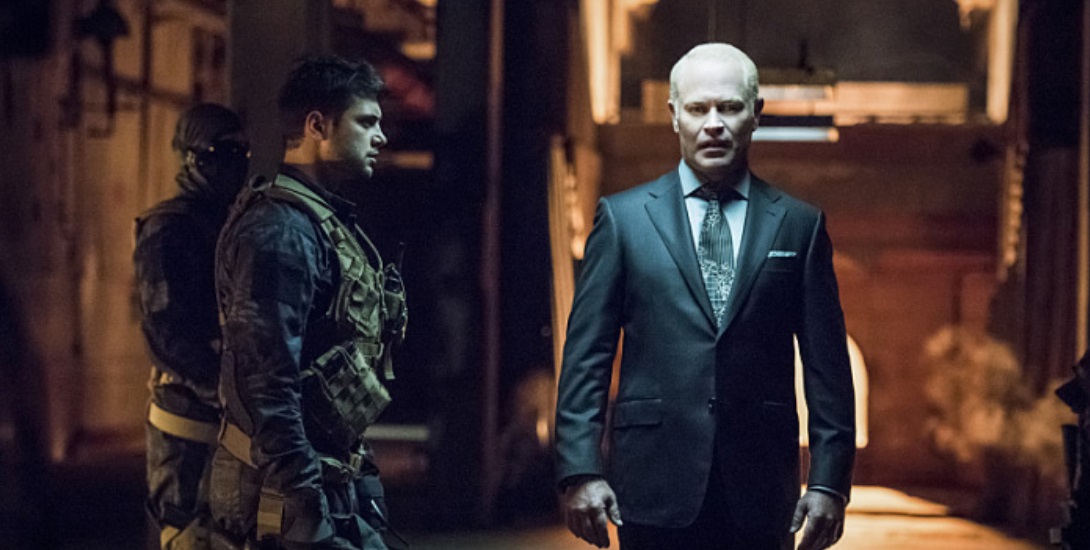 The CW’s DC TV universe just keeps getting even more interconnected. While speaking with ComicBook.com, Neal McDonough revealed that his character, Damien Darhk, won’t be limited to appearing only on Arrow. Season 4’s big bad will also appear on episodes of The Flash and DC’s Legends of Tomorrow at some point over the next year.

They apparently got this information out of him while on the subject of Arrow flashbacks: “You go back to the League — I did an episode of Legends last week — and I look exactly the same in 1975 but you see he’s not as confident and doesn’t have such an agenda forty years ago as he does now. So it’s fun to play the different times, you know? Going back in time with Legends, and The Flash, with The Flash, I’m just this crazy, fun, enjoy everything while I kill everybody type of character. It’s just nuts.”

Well, I do know that one of The Flash/ Arrow crossover episodes this fall is titled “Legends of Yesterday.” It’s possible that he’s mistakenly referring to that, but with the interconnectivity of these shows that I mentioned earlier, anything is possible.

The bit about looking the same today as he did in 1975 certainly caught my attention. It has to be a product of his mystical abilities. There was a conversation between Ra’s al Ghul and Oliver Queen last season on Arrow in which Ra’s stated that he and Darhk once competed for the title of League of Assassins head honcho. I wondered how that could be because Darhk likely doesn’t have access to Lazarus Pits. It seems the secrets of his agelessness are slowly being revealed and will no doubt add more intrigue to the next few months of television.

He did give another quote that hints at a relationship with Vandal Savage. “I’m enjoying the power that I have because it’s my time. It’s not Savage’s time, it’s not Ra’s al Ghul’s time; it’s Damien Darhk’s time.”

Interesting. I guess we will have to sit back and enjoy the ride.

Arrow airs Wednesdays on The CW, while The Flash airs Tuesdays. Expect DC’s Legends of Tomrrow to premiere in early 2016.