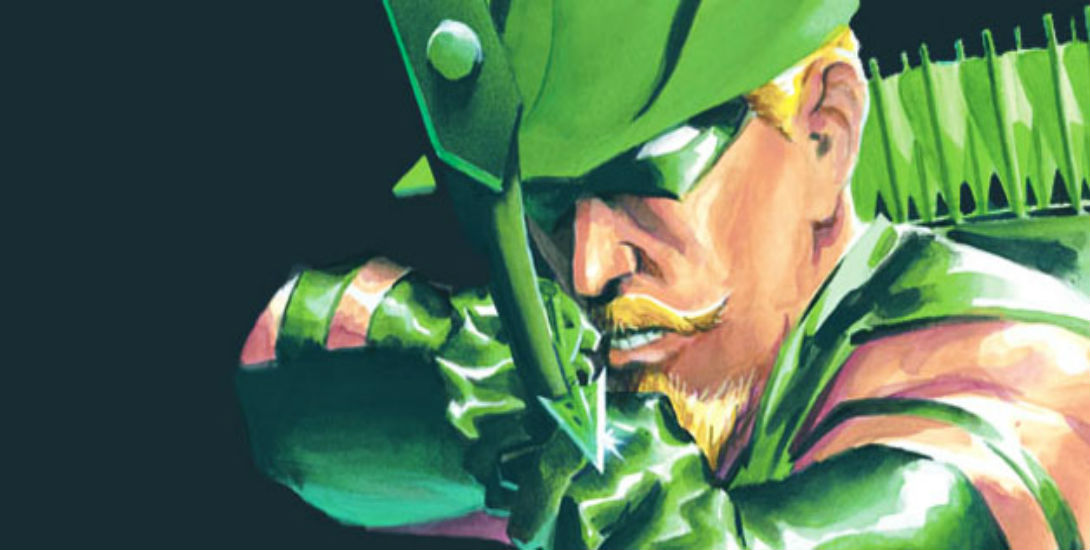 It appears that the man who penned Man of Steel and The Dark Knight trilogy had previously worked on a few drafts of a project that would have brought Oliver
Queen to the big screen. Green Arrow: Escape from Super Max was a film that WB gave the green light in early 2008 that Goyer and Justin Marks were supposed write. The film described the Emerald Archer trying to break out of a prison occupied heavily with the most infamous DC villains after being set up for a murder he didn’t commit. Goyer recently sat down with the crew at Den of Geek to discuss what happened and why the film ultimately never got made. When DoG asked Goyer about the film being ahead of its time he seemed to agree right away.

“I think it absolutely was”, he told us. “I think if that script had come over the transom a couple of years later… It was completely ahead of its time”.

Considering that Suicide Squad is right around the corner, Goyer quickly had a follow-up to explain his comments.

“By the way, everything I see about ‘Suicide Squad’ looks fantastic and it’s a different story,” said Goyer. “But [‘Super Max’] was absolutely ahead of its time. You know, Marvel was considering doing the Sinister Six and at the time, God, I think this was eight or nine years ago that we wrote a couple of drafts, but it certainly was like this oddball project at Warner Bros at the time, they were like — even though the script was good — ‘Why would we make a movie about a bunch of villains? That makes no sense.’”

Being a big fan of Green Arrow, I would have definitely loved for this to have happened. Seeing Ollie on the silver screen going head to head with the best villains in comics would have been a site to see. That being said imagine what they could do now with all of the “Hollywood Magic.” I’m picturing trick arrows out the wazoo.

The next contribution we’ll be seeing from David S. Goyer is the much-anticipated Batman V Superman: Dawn of Justice. As I’m sure you know the film will open March 25, 2016. If you don’t have the date marked on your calendar I suggest you finish this article and get on that right away.