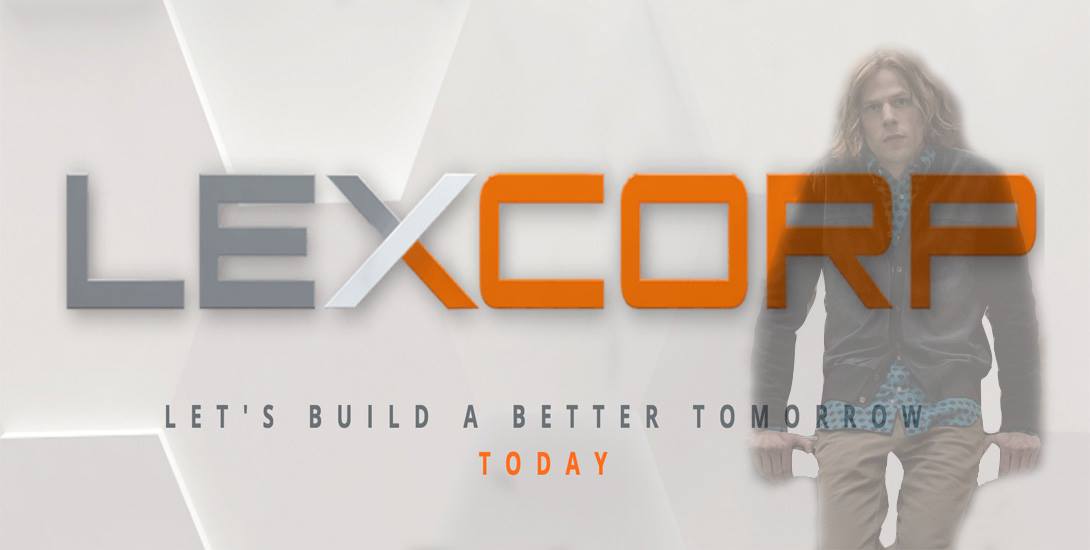 As technology advances, so does the interaction we have with our forms of entertainment. Take DC Comics’ latest marketing campaign for the movie Batman v Superman, the LexCorp website http://www.lexcorp.io/. Upon entering the site a video plays with a soothing, yet somewhat ominous male voice claiming that “LexCorp is building a better tomorrow, today.” Who doesn’t want that, right?

The graphics of the video itself are nothing special. It’s the voice and the words spoken that give it flair. Read it here to see what we mean:

“At LexCorp Industries, we believe in technology that unites us. Where inspiration, innovation, and imagination all come together to create a greater tomorrow, today. Now, LexCorp is proud to announce Lex/OS. The world’s most private and secure operating system. Engineered with the protection you need, and the freedom you want. LexCorp and the new Lex/OS, providing the safety and confidence we need in an ever-changing world. Let’s build a better tomorrow, today.”

It’s a phenomenal ad campaign for a fictitious business in a make-believe world. It invites fans to delve into this world and believe. Believe that it is real, that what you are seeing, is truth. Reality within another realm of existence. It could happen right? This genius marketing taps into the soul of the average comic book enthusiast and even the faintest of superhero fans, and teases them to dip a toe into the pool of their imagination.

Once the video finishes, you are brought to the website which only gives you an option to scroll up or down to three different screens. The second screen has a little blurb and if you pay close attention, (or read this spoiler) in the upper right hand corner is the Twitter bird icon. Click on that, and it brings you to none other than Lex Luthor’s twitter page where the man himself is posting things like this:

Call us crazy, but if you’re a die-hard fan, which you probably are if you’re on our site to begin with, then this should be right up your alley. The last page you can scroll to, imparts a promise for more to come . . .

Ooo, ahh! Now, supposedly, you’re supposed to be able to enter your email address somewhere within this website, yet we were not able to find it. Keep checking the site as the year comes to a close, as its certain to yield more content and interactive material for the upcoming release of the movie. The only question that remains now, is, will Batman and Superman get Twitter accounts as well?

Stay tuned to DC Comics News for the latest developments on this ever-changing make-believe world!