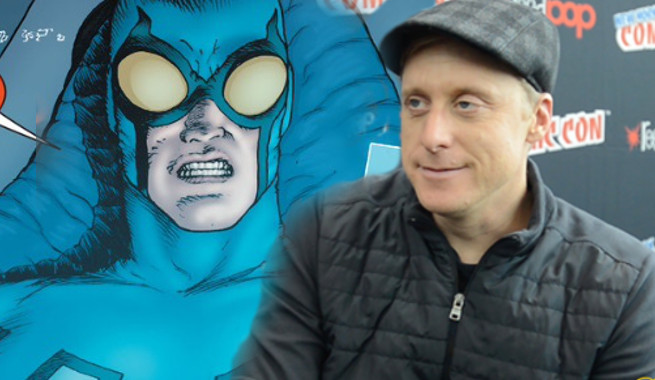 Hello everyone and today I have some intriguing news. If you missed the statement that Nathan Fillion made at Wizard Comic Con about wanting to do a movie with the DC character Booster Gold then now you know. During an interview with ComicBook.com the wonderfully quirky actor Alan Tudyk -Walsh from Firefly, was asked about the possibility at playing a part in a Blue Beetle and Booster Gold series if Nathan Fillion was going to be apart of it.

Well, that’s great. If it’s working with Nathan, I’m in,” Tudyk said of the fan support, adding, “Also, being a bug for me? I’d like that. Roly-poly is nice. I’d like to be one of them. That’s what we called them back in Texas, but they’re almost a beetle.

How do you feel about this duo teaming up again to play as Booster Gold as well as Blue Beetle? I think they can pull it off, especially after seeing how great they are in Firefly. Comment and share with us your thoughts.