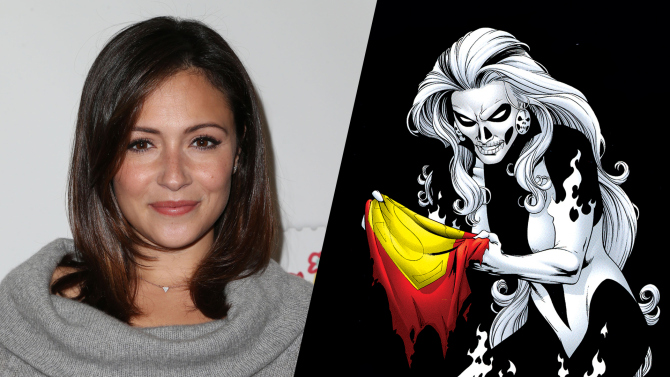 Cover your ears, Silver Banshee is headed to National City!

CBS’s Supergirl has officially added another villain to their ever-growing roster.  The role of Siobhan Smythe, better known as Silver Banshee, will be played by ABC Family’s Chasing Life alum, Italia Ricci.  She is set to debut her character during episode 14 of the freshman series, which just recently received a full-season order.

The character of Siobhan Smythe is being described as the latest hire by Cat Grant, media mogul and head of Catco.  She quickly becomes a workplace adversary for Kara, but later becomes a much more deadly foe when she takes on the mantle of Silver Banshee.

“We are so excited to be working with Italia,” said Supergirl executive producer Andrew Kreisberg. “We’ve been a fan of her work for years and we cannot wait to see her take on this iconic comic book role.”

Silver Banshee was created by John Byrne in the late 1980’s, and first appeared in 1987’s Action Comics #595.  The character’s powers include a hypersonic scream, super-strength and super-speed.

Supergirl airs at 8 p.m. Mondays on CBS, and has two new episodes left — airing Dec. 7 and Dec. 14 — before a winter break, with fresh installments resuming in the new year.