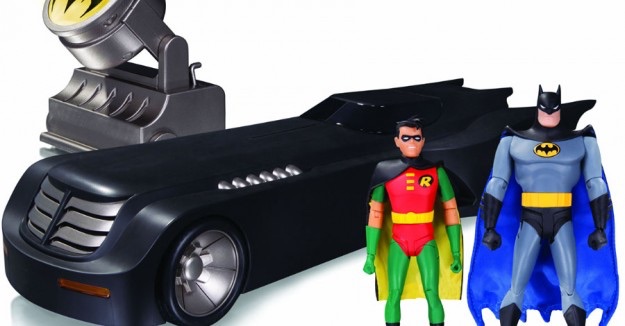 DC Collectibles has announced the new Batmobile in its collection, and animation fans will be excited to get their hands on it.

The LEGO Batcave playset was announced earlier this week, and now DC Collectibles have unveiled their new addition, the Batman: The Animated Series Deluxe Batmobile. The unveiling of this Batmobile follows a similar one from last year, however the claim that this is a “deluxe” Batmobile is what really sets them apart.

As explained by Nerdist, this new Batmobile has a shiny metallic finish on certain parts, such as the wheels, headers and grill, as well as Batman and Robin figures that can actually sit in the Batmobile, with their own fabric capes. The set also includes a light up Bat-Signal.

The Batman: The Animated Series Deluxe Batmobile is priced at $170, and will be available in August.