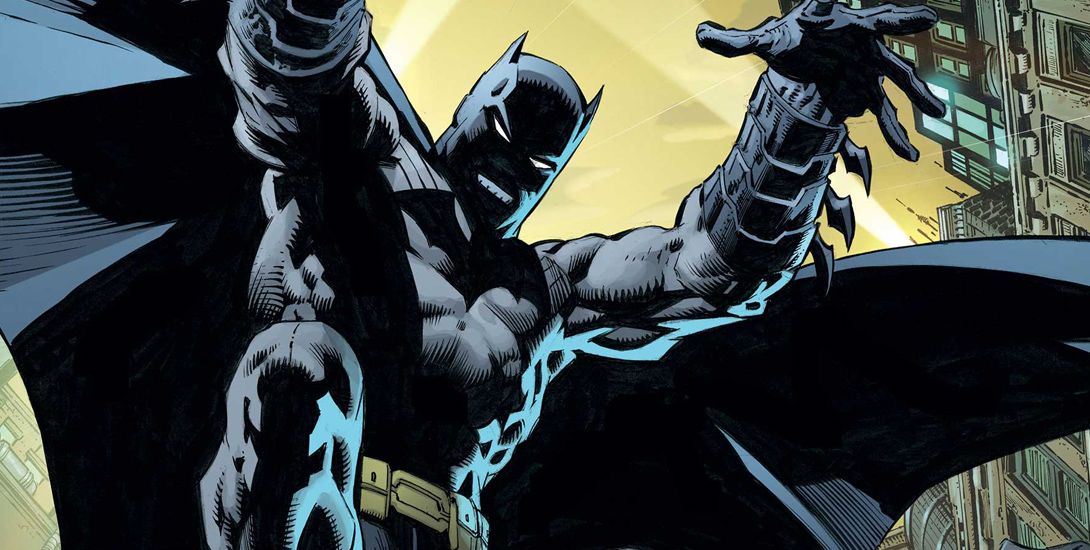 As this series progresses, each issue becomes more and more focused. With Batman and Robin Eternal #16, the story narrows down to the conflict with Azrael at Gnosis and a few more teasing flashbacks with Batman and Robin in Cairo. We also get the explanation of Ichthys. And the idea of Family is reinforced in-story by Jason and Tim.

The Past- Batman and Robin in Cairo-

In the opening sequence we get a nice Robin-centered take down of the Scarecrow on the streets of Cairo. It seems a satisfying moment for Dick as he feels like he proves himself to Bruce and Bruce in return validates that feeling with an apology. The tease continues, though as Bruce sends Dick back to Gotham to put Crane back in Arkham and stays behind ostensibly to “(clear) the city of any remaining fear toxin.”

Batman’s narration of this case file as he continues to an alley in Cairo does it’s best to make the reader believe that Bruce is going to be the triggerman in an event that would recreate his own boyhood tragegy.

The Present- Red Robin, Red Hood and Azrael at Gnosis-

“St. Dumas” gives some needed exposition to keep the story moving. Mother realized that the Scarecrow’s fear toxin prepared her “children” for reshaping by Sculptor. But she also determined she needed a better way. So, this is where the development of Ichthys comes in. It’s a neurokinetic bioprogramming algorithm. Essentially, it makes the brain artificially experience awe. This progressed to pain and thus overcoming fear.

Jason Todd is currently under its influence as he experiences his death at the hands of the Joker. Tim figures out how to talk him through it and is able to bring him out of it without harming him. Azrael also has a breakthrough as he remembers a bit about his real family. The three end up escaping and in the process bringing down the Order of St. Dumas and the hidden city of Gnosis.

Azrael head off on his own as Tim and Jason head to rendezvous with Dick. Jason provides the insight as he and Time discuss what they’ve uncovered. Batman started building an army with his protégés, but they chose to be a family, and this is where there is hope for Mother’s “children.”

Back in the past in Cairo, Batman picks up a gun from a trashcan in an alley in Cairo. He disappears into the darkness with the pyramids in the distant. A lone gunshot.