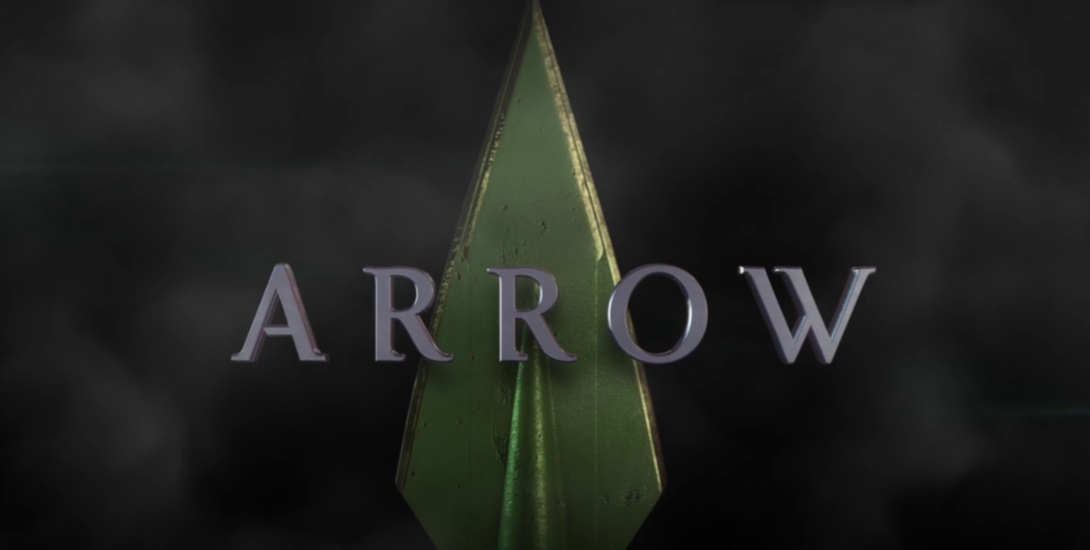 In this episode, H.I.V.E. plans to kill Oliver in order to make sure Damien Darhk’s wife becomes mayor.

Now that Oliver appears to be winning the election, H.I.V.E. decides they need to kill him as well as Captain Lance for working with the Green Arrow. They hire the Demolition Team, who are Green Lantern villains in the comics, to kill the two. The attack on Lance fails but it makes him question his relationship with Felicity’s mom, Donna. When he won’t tell her why he wants to break up with her, she gets mad. That conflict is resolved when she sees Lance rescuing citizens at the end. At the mayoral debate between Ollie and Mrs. Darhk, the Demolition Team attacks intending to kill Oliver but Team Arrow is able to stop them. The episode ends with Darhk taking Oliver’s son, William.

Thea continues to be the standout of the show this season. She is engaging, interesting and reasonable which is rare for this show nowadays. Since she was sick in bed the last two episodes, the writers give her a lot to do this time around which leads to several amazing action moments involving her. Speedy in action has been a highlight of the season and I love that this episode puts that front and center. Additionally, she has a wonderful conversation with Oliver about William. Thea is able figure it out thanks to research she is doing for the campaign. While looking for any dirty laundry, she discovers the money that Moira payed to Samantha and puts two and two together. It’s a rare moment of intelligence on this show.

Ollie is doubting his decision to keep William secret from Felicity but Thea assures him that it is the right thing to do and is very reasonable about it. I pay attention to Twitter during the various shows to get an understanding of how people are reacting to the episodes and I saw the most complaints about this. Many fans seem to be annoyed by this subplot; they claim Oliver and Thea are acting out of character for the sake of drama. While this is normally the case for every character on the show recently, I disagree here. The mother of Oliver’s child asked him to keep it a secret. When the mother of your child asks you to do something for the sake of said child, you need to listen. It does not make Oliver a bad person. Actually, I think it is a good conflict. Oliver has finally gotten past his tendency to lie and is trying to be a different person but immediately gets put in the position where he has to lie again. That’s interesting to me.

The other complaint is that Thea is acting out of character. The argument is that in the first two seasons, one of her major character traits is that she hated lying but in this episode, she advocates Oliver doing so. These people are correct; Thea is a different person now but she’s supposed to be. She lost faith in every aspect of her life and, with Malcolm’s help, she had to completely rebuild herself in between seasons two and three. She changed as a person under the influence of Malcolm Merlyn who isn’t exactly Mr. Honesty. Additionally, she’s grown up a lot in two years. Lying is what is best for William and I’m glad that Thea understands that. It would be childish to think otherwise because the instant someone finds out, William is kidnapped.

The Demolition Team is incredibly generic. They are given no characterization at all and are never interesting or fun to watch. They look dull, they act dull and their weapons are dull.

The subplot with Donna and Captain Lance is excruciating. Donna has been the most painful character to watch for the last two seasons. She is shrill, superficial and irritating. I do not care about her love life and I have no idea what Captain Lance sees in her; they certainly don’t have chemistry. The idea of creating forced drama around their relationship was terrifying to me and it is hard to sit through. Every second of it is awful and manages to make Felicity look bad in the process. After the first fight between the two, Felicity rolls in and immediately blames Lance. When Lance asks her why she’s blaming him, she tells him it’s because he’s a man. The show that started out as a fairly sophisticated character drama has become a silly sitcom from the 1970s. Even the 1960s Batman television show wouldn’t be this cheesy and if it did, it would at least be clever and amusing.

Curtis Holt manages to make some sort of chip that will allow Felicity to walk again. That is ridiculous. Why go through the trouble of paralyzing her? If this works and she can walk again, this entire subplot would have been entirely pointless. Again, it is just the writers wanting to have “twists” but never actually deal with the consequences of said twist. Instead of doing something interesting with Felicity for once, they just rely on lame jokes and cheap manipulative drama.

It’s interesting to me that I am liking what everyone seems to hate and hating what everyone seems to love. I love seeing Thea front and center in the action and there is wonderful characterization for her and Oliver this episode. Thea has quickly become my favorite character on the show which I know irritates other fans. I want to love Felicity and everything about her but every scene is so manipulative and lame with no effort. While her characterization is better than what it was in the third season, her story is frustrating at best. The romantic subplot with Lance and Donna is painful and the villains are a complete bore. The show was starting to get a little better again and then immediately fell on it’s face with this episode. 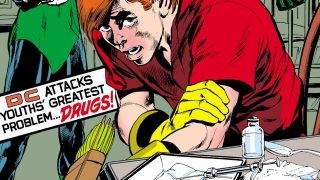 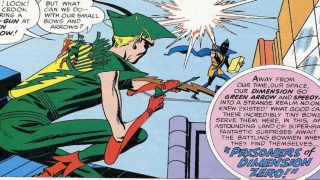