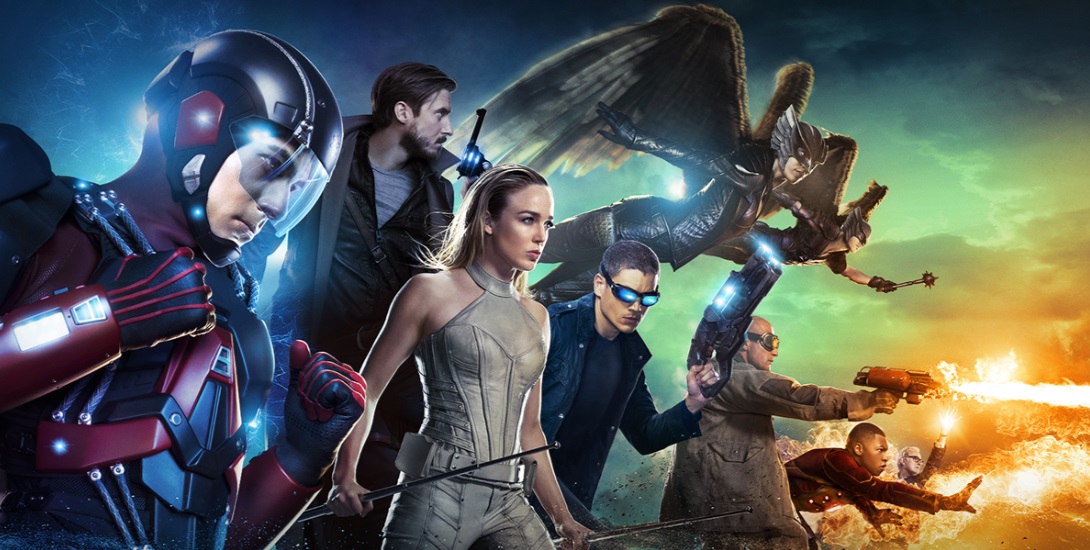 In this episode, the team has to rescue Heatwave, Martin Stein and Ray Palmer from the Soviet Union in the 1980s.

Vandal Savage has teamed up with the Soviet Union in order to create a Soviet Firestorm. With Martin Stein’s help, Savage will be able to create an army of Firestorms that will destroy the world. Rip Hunter sends Captain Cold and Sara to rescue their teammates but if they can’t rescue Stein, Sara is instructed to assassinate him. Captain Cold is able to convince her to do otherwise while Jax and Hawkgirl help break the team out of prison. Rip defeats Savage and they leave. However, they don’t get far before Chronos attacks. He blasts them out of the time stream and into Star City in the year 2046.

Stephanie Corneliussen continues to impress as Valentina Vostok. She is just the right amount of over the top and is a blast to watch on screen. It’s easy to tell that she is having the time of her life playing Soviet Firestorm. And it is awesome to see a female Firestorm. I could be wrong but I don’t believe there has ever been one.

The characterizations are much better this time around. This is the first time I have ever liked Ray Palmer. The scene where he insults the guard in order to save Heatwave was fantastic and makes him a much more admirable person than he ever was on Arrow. The writers have a much clearer idea of who Ray is than they did before.

Whether you are a fan of the comics are not, the end is a fantastic cliffhanger. If you are a fan, you revel in the chance to see Connor Hawke but even if you aren’t, you’re pulled in by the mystery of a new Green Arrow.

While I love the idea of ironically making Captain Cold the moral compass, it doesn’t work because he doesn’t follow his own code. He tells Sara that Stein is on their team and she shouldn’t betray him for that reason. However, he is perfectly willing to let Ray die later on in the episode without a care in the world. He certainly doesn’t have to like Ray but leaving him behind would have been against Snart’s code. It makes him somewhat of a hypocrite.

I don’t have much else to say. This is a fun episode. The action works really well and I am more with the characters than I have been. There is a cool villain and a great cliffhanger. This is the first solid episode of the series and it’s great to see the writers finding their groove.