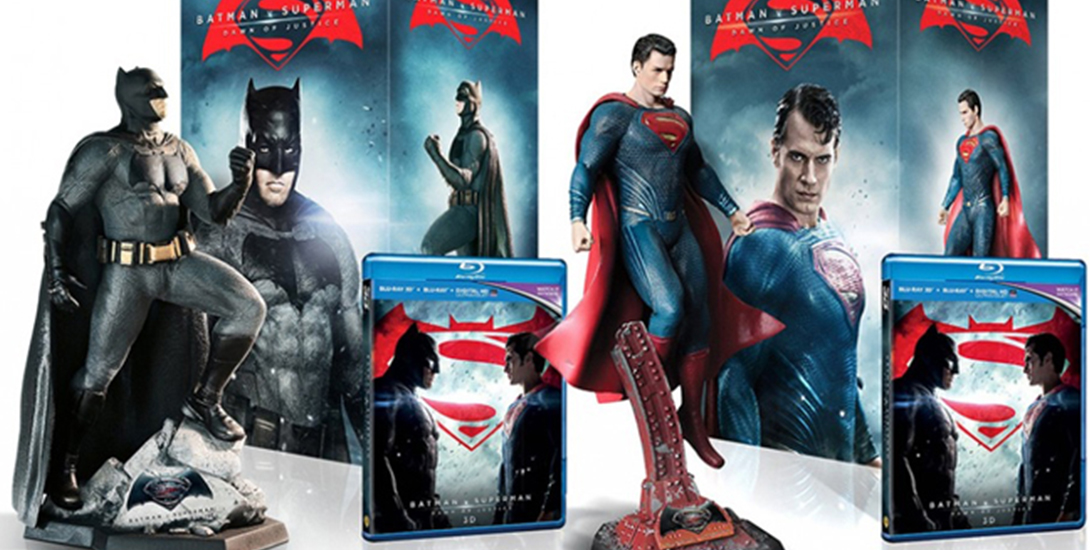 While just arriving in theaters a few days ago, there is already talk about the blu-ray expanded, R-rated Batman v Superman: Dawn of Justice.

And online retailer Amazon has already set a date for the release of the Batman v Superman: Dawn of Justice – Ultimate Edition sets – July 16, 2016, four months after the film’s release in theaters. And the sets are available now for pre-order.

In addition to the blu-ray, you can also choose one of two collector’s editions of the film which comes with a statue. Pick from Ben Affleck’s Batman or  Henry Cavill’s Superman. Packages will ship with both 2D an 3D. The sets are estimated at $129.99 each. Amazon’s French site give a release date of July 27 for these special editions. It is unclear on the release date for the US or UK.