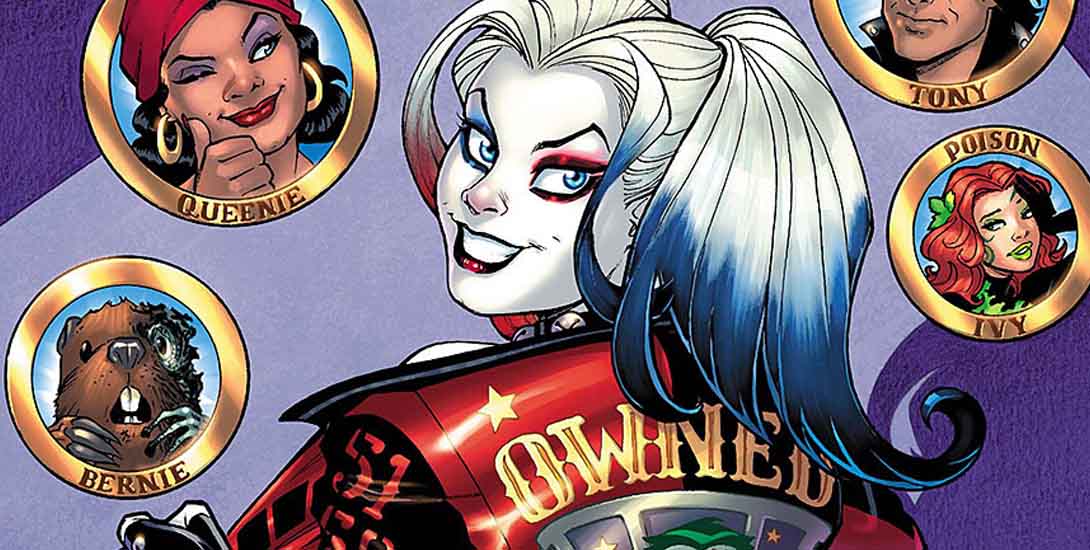 Harley Quinn is returning home from her time in Gotham, but she is still carrying the memories of what happened during her time there and what Gotham means for her in general.  She is trying to get back into what passes for normal for her, but she has to deal with angry beach punks and creepy old men.  Thankfully her friends have her back and can help her get back to her old self.

The book opens with a dream sequence, more of a nightmare really, with Harley as Red Riding Hood and a familiar old face as the Big Bad Wolf, the Joker.  It doesn’t take a psychologist like Dr. Quinzel to understand the meaning behind her dream.  I like that they are continuing with the fallout of her confronting the Joker in the previous issue.  Something like that could so easily be forgotten or left behind, but it’s a traumatic relationship for her and not something she will easily move past.

Back home she tries to clear her mind on the beach but is confronted by some overly territorial beach punks who don’t want her on their turf.  She deals with them in a pretty spectacular fashion as only Harley could.

All her friends have her back as they try to cheer her up.  Harley gets a makeover, coincidentally making her look more like the live action version coming later this year in the Suicide Squad movie.  More often then not these kinds of tie-ins never work, but it actually works here.  Harley even jokes about looking “cinematic.”

The subplot in the issue is about someone, presumably, from Harley’s past who has a grudge against her.  It appears she did something to him so he lost his arm and nearly broke his neck.  We follow him through several surgical procedures, the classic villain backstory, but it’s never clear who he is or what happened.  I don’t recall him from any previous issue.  It’s a lot of setup with no real frame of reference, hopefully they will deliver on more context in the next issue.

Harley Quinn is back home, but Gotham never really lets go once it has a hold of you.  This issue is a lot of setup for the new status quo and a new villain.  It’s mostly character building and fun times with a few action beats involving our mystery guest.  A fun issue with nothing truly consequential happening.