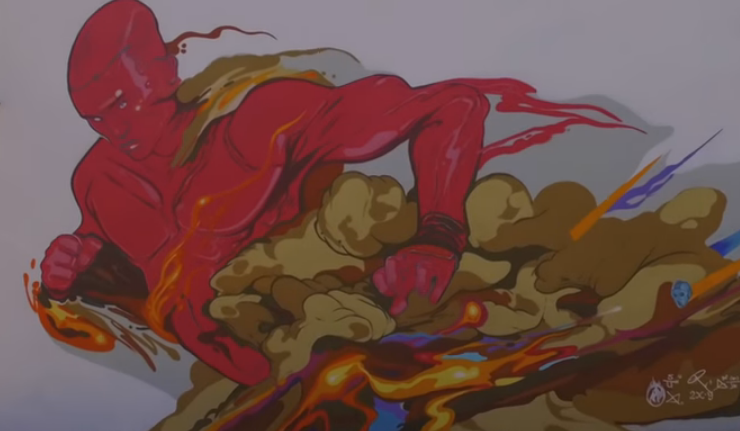 The CW Television Network recently presented on their Youtube channel, a mural inspired by Legends’ Firestorm, by artist Jose Mertz.

A very detailed piece of art, with the Firestorm symbol and even the equation that created the character in the first place.

Take a look at the mural in the video below.

Get to know Franz Drameh and see the Firestorm mural on “DC’s Legends of Tomorrow: Revealed”.

Also, take a look behind the scenes on the making of this colorful masterpiece.

The CW shared a timelapse of the making of the mural as well.

The art piece really captures the comic book feel and fiery personality of the character, mostly with those vibrant colors.

What do you think of the mural?