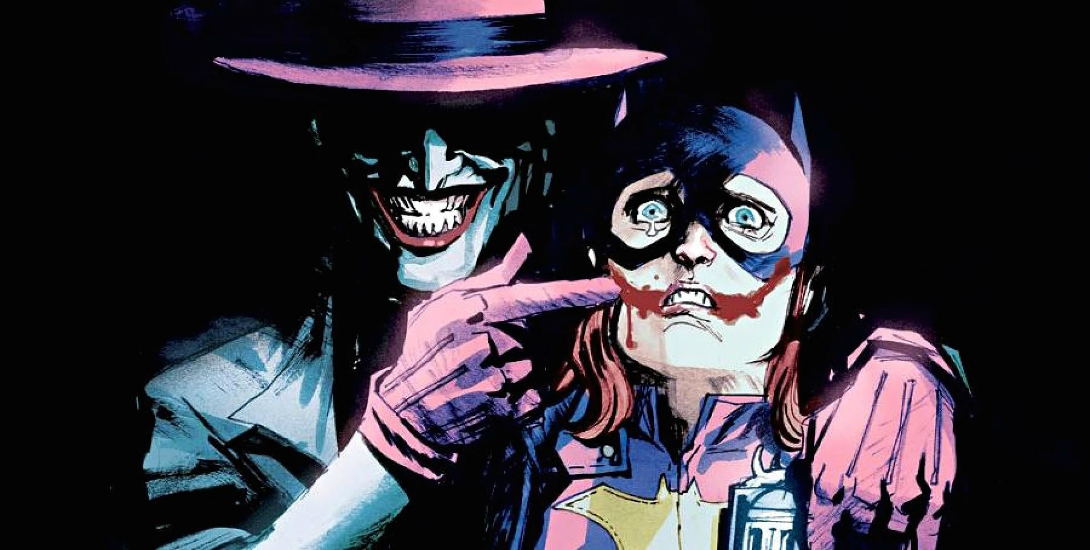 While this animated movie will certainly hold true to Alan Moore and Brian Bolland’s 1988 graphic novel, which is what the film is based on, Bruce Timm revealed that they had to add a little bit of story in order to make this a full-length movie.  Timm said:

The one big difference about it, as opposed to those other projects (The Dark Knight Returns Part 1 & Part 2), is The Killing Joke… the source material is really not long enough to make an entire feature film out of, so we actually had to add a lot more story to it. Which is tricky. But I think we came up with a really good solution on how that worked.

The original story finds the unhinged villain — a former engineer-turned-failed-comedian — taunting the Dark Knight by capturing, paralyzing, and violently torturing Barbara Gordon (Batgirl).  He also attempts to drive Commissioner Gordon mad with photos of his wounded, naked daughter.  Hailed by some as the definitive Joker text, Moore’s story is still controversial among DC Comics fans today.  It’s dark, tragic, and brutally misogynistic — at times, unbearably so.  So now you can see why an R-rating is necessary to do the story justice.