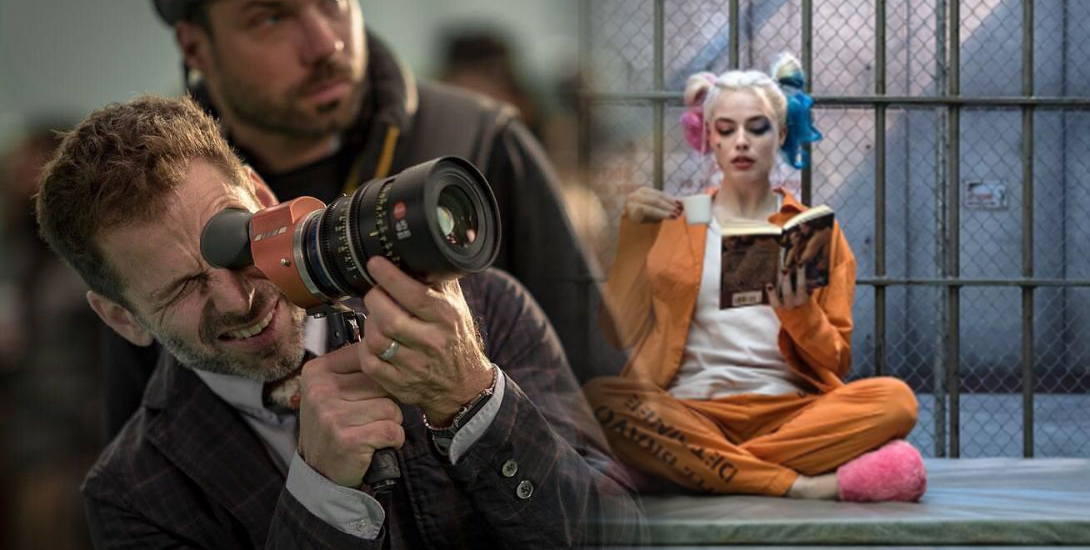 One of Entertainment Weekly’s Instagram accounts was invaded by DC Films and its set photographer Clay Enos. He shared a shot of Justice League director Zack Snyder along with cinematographer Fabian Wagner. It’s unclear to see which scene is being shot.

Enos also shared a photo of Margot Robbie as Harley Quinn on the set of Suicide Squad. Quinn is having a spot of what appears to be tea while she sits in her cell.

Justice League Official Synopsis: Fueled by his restored faith in humanity and inspired by Superman’s selfless act, Bruce Wayne enlists the help of his newfound ally, Diana Prince, to face an even greater enemy. Together, Batman and Wonder Woman work quickly to find and recruit a team of metahumans to stand against this newly awakened threat. But despite the formation of this unprecedented league of heroes—Batman, Wonder Woman, Aquaman, Cyborg and The Flash—it may already be too late to save the planet from an assault of catastrophic proportions.

Suicide Squad Official Synopsis:It feels good to be bad…Assemble a team of the world’s most dangerous, incarcerated Super Villains, provide them with the most powerful arsenal at the government’s disposal, and send them off on a mission to defeat an enigmatic, insuperable entity. U.S. intelligence officer Amanda Waller has determined only a secretly convened group of disparate, despicable individuals with next to nothing to lose will do. However, once they realize they weren’t picked to succeed but chosen for their patent culpability when they inevitably fail, will the Suicide Squad resolve to die trying, or decide it’s every man for himself?