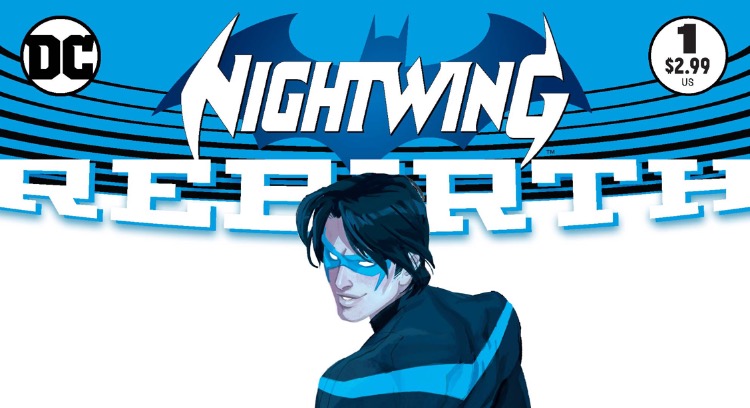 There are a few elements that are paramount to telling a good story — plot, conflict, and character. The greatest of these is character. With Nightwing: Rebirth #1, Tim Seeley not only brings Dick Grayson back to the Nightwing identity, but reminds us why we’ve liked him so much all along. Many comic characters tend to be more about the costume or the power set. Dick Grayson, however, is not. The obvious question is which costume — Robin, Nightwing, Batman or Agent 37? It’s appropriate that this issue begins with Dick, himself musing on his myriad of costumed identities. Dick Grayson was the first iconic DC character to have wholesale changes made to his life that stuck. For every time a Batman or Superman would die or Barry would get married, Dick Grayson never went back to being Robin. He will always be the first Robin, but that is not what defines him. Bruce Wayne will always have to be Batman, but Dick Grayson doesn’t always have to be Robin. By the end of this issue, Dick actually answers this question for us- Who is Dick Grayson?

The thing that grows out of character is relationships and Dick has had his share of friends, mentors and girlfriends over the years. This issue is especially satisfying because it demonstrates his relationships with appearances and references to people from every era of his costumed existence. As Dick moves on he also says goodbye to Spyral and his life as Agent 37. And lest one think this is only a mushy, touchy feely “emotional” issue, Nightwing: Rebirth sets up the next stage of Dick’s life, and from the looks of it Dick appears to face his greatest challenge yet- the Parliament of Owls!

The majority of the issue is Dick and Damian Wayne at an arcade. The fondness these characters show for one another is endearing. Through Dick’s exposition it’s clear how he feels about Damian, but it is a joy to watch it unfold through their interaction — brothers indeed. It’s no different when Batman makes a brief appearance in the Cave as Dick is doing Damian a medical favor which was part of the fallout from the conclusion to “Robin War.” Dick’s “goodbye” to Spyral not only ties up the loose ends from Grayson, but also sets up the new status quo for the organization as well as Dick’s standing with them.

Lastly, but perhaps most importantly is the reasoning that Dick gives behind the name Nightwing. It fits Dick’s situation as he sees it, but still includes the legacy of the Kryptonian heroes Nightwing and Flamebird.

This issue tells you everything you need to know about Dick Grayson and his role in the post-Rebirth DCU. It also answers all the lingering questions from Grayson. It would be difficult to imagine a better comic, strong characterization, a plot that involves a few surprises and a set up for the exciting story starting next issue. Dick Grayson will continue to be the star of one of DC’s best titles.