Aquaman Movie Villain Has Been Revealed! 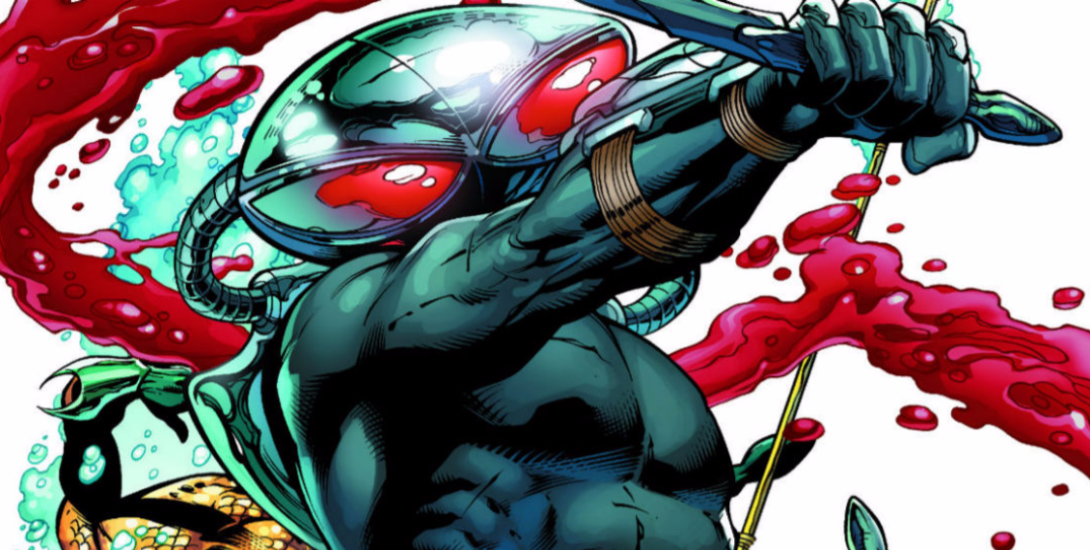 Comicbook.com is reporting that Black Manta will be the villain in the upcoming Aquaman film.

Black Manta made his debut in Aquaman #35 (September 1967) and was created by Bob Haney and Nick Cardy.

Black Manta has had several different origins throughout the years with the first one appearing in Aquaman #6 (1993). The most recent and in my opinion the best origin is from his New 52 revamp.

A ruthless treasure hunter and mercenary, the man known as Black Manta spent his days scavenging the unexplored depths of the ocean, discovering long lost relics and powerful mythical items, all while taking on various jobs to fund his passion. Until one particular job changed his life.

Hired to bring back a sample of Arthur Curry’s blood, Black Manta encountered the young Aquaman and his father while the two were out at sea. In the ensuing struggle, Aquaman’s father suffered a heart attack that ultimately led to his death. Seeking revenge, Aquaman hunted down Black Manta and accidentally killed his father in retaliation. Thus began a circle of vengeance that forever bonded hero and villain.

Fueled by hate and utilizing a powerful suit of armor that allows him to breathe underwater, survive the incredible pressures of the ocean depths and fire deadly energy blasts through his mask, Black Manta seeks to destroy Aquaman and everything he holds dear.

Although Black Manta has appeared in numerous animated endeavors and video games, this will mark the first time he will be portrayed in live action!

Aquaman is slated to be released in 2018 with Jason Momoa in the title role.

Aquaman will be directed by James Wan (Saw, Furious 7) and produced by Zack Snyder with screenplay written by Will Beall adapted from a treatment written by DC Comics Chief Creative Officer and President of DC Entertainment Geoff Johns and director James Wan.