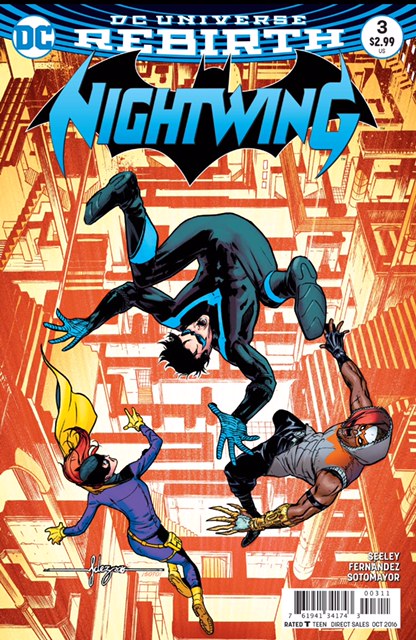 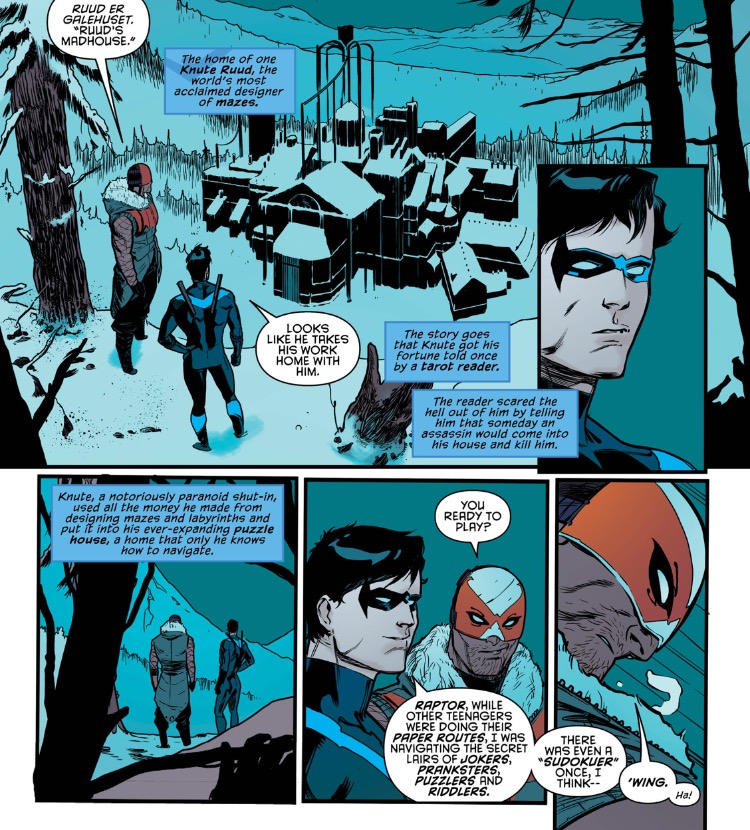 This issue delves into a little meta-history as Batgirl calls Dick on his affinity for Robin Hood, the proclaimed inspiration for the character back in his first appearance in Detective Comics #38, April, 1940. Make no mistake, Dick Grayson is the character. Robin, Nightwing, Batman and Agent 37 are the secret identities. 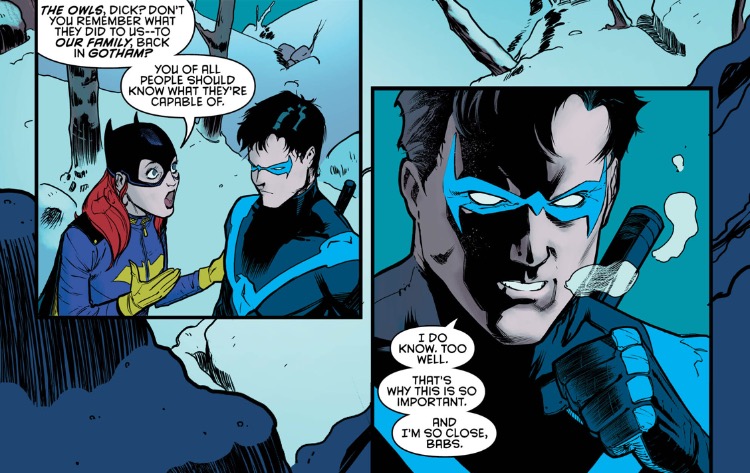 Dick and Raptor have been intercepted by Batgirl as they are about to infiltrate and kill their target, Knute Rudd- a target assigned by the Parliament of Owls. Barbara is none too happy with Grayson. She is quick to identify Raptor as “not Batman.” Some insightful flashbacks give gravitas to Barbara’s concerns. However, it turns out that Raptor has subterfuge in his plans after all. The apparent death of Rudd turns out to be an illusion, an illusion that the Parliament of Owls does not see through. 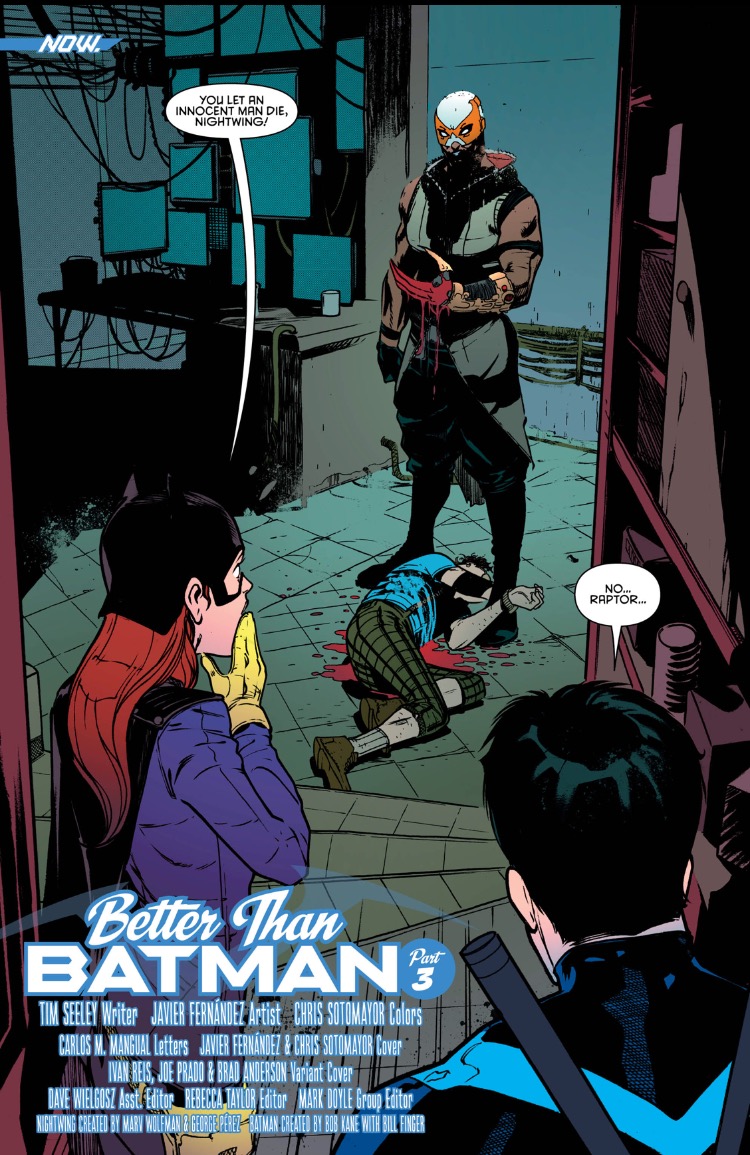 The interaction between Batgirl and Nightwing are fantastic. It seems clear that Barbara truly cares about Dick, and not just as part of the Bat-Family. It’s easy to imagine Barbara’s affection as a Bat-Family connection, but the history between these characters runs deep, and in keeping with the theme of “Rebirth” it seems likely there is more to this. And keeping with that theme, it has become clear that there is more to Raptor than at first seemed likely. This raises more questions though, Batgirl is still not at ease with Raptor, but Dick trusts him. What happens next? That is truly the question. 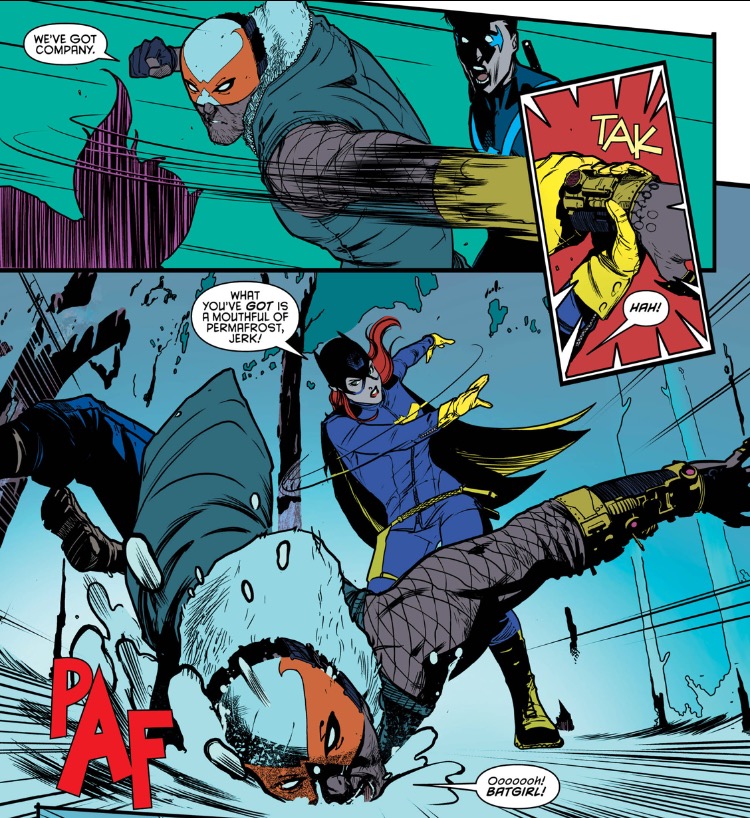 So much feels right about this book. The characterizations are clearly the focal point. While all are executed well, the contemporary take on Barbara Gordon just feels off. This is by no fault of the creative team, but rather the editorial direction for the character. If Dick can have this long and intricate history, Barbara should have the same. There’s no good reason she should come off as young, inexperienced and without nuance. As much I’ve admired and loved Barbara Gordon over the years, her current incarnation falls flat. She’s developed way beyond this immature and unseasoned depiction. If “Rebirth” is to mean anything, Barbara should regain her wisdom- any period with her as the ingénue has long since passed. 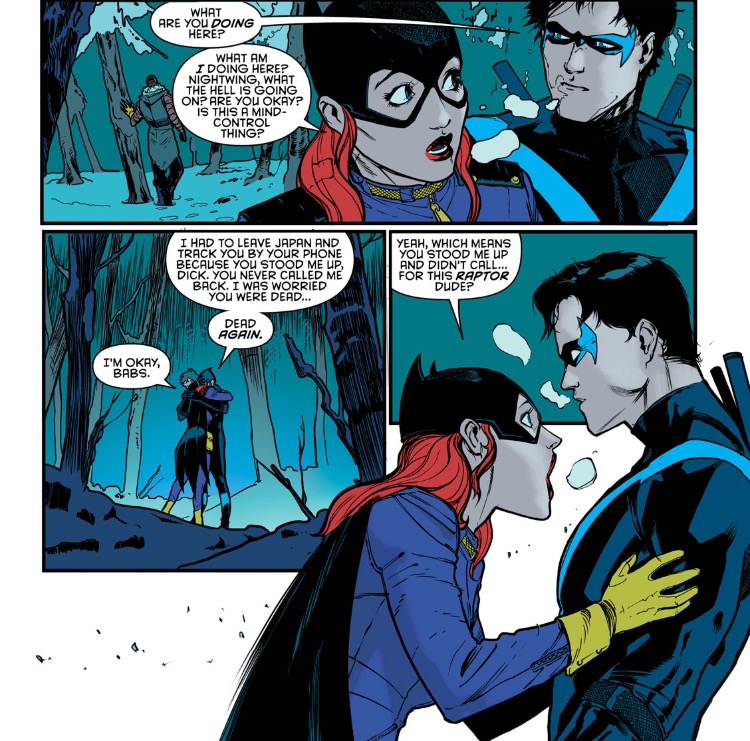 Will the two or (three) be able to take down the Parliament? Will Dick lose Barbara in the process? Better come back next month…. With this issue, Nightwing has jumped up to the same level as the surprisingly phenomenal run of Grayson. Tim Seeley, writer on both- coincidence or not? 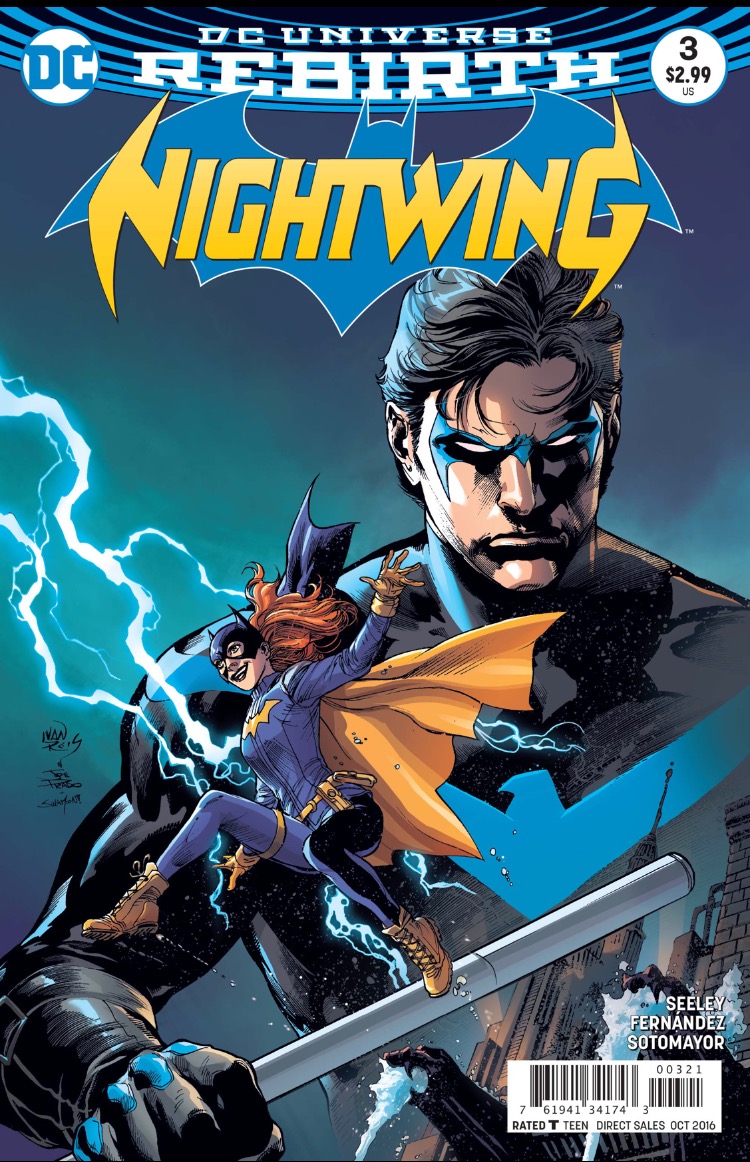 Review: Batgirl and the Birds of Prey #1